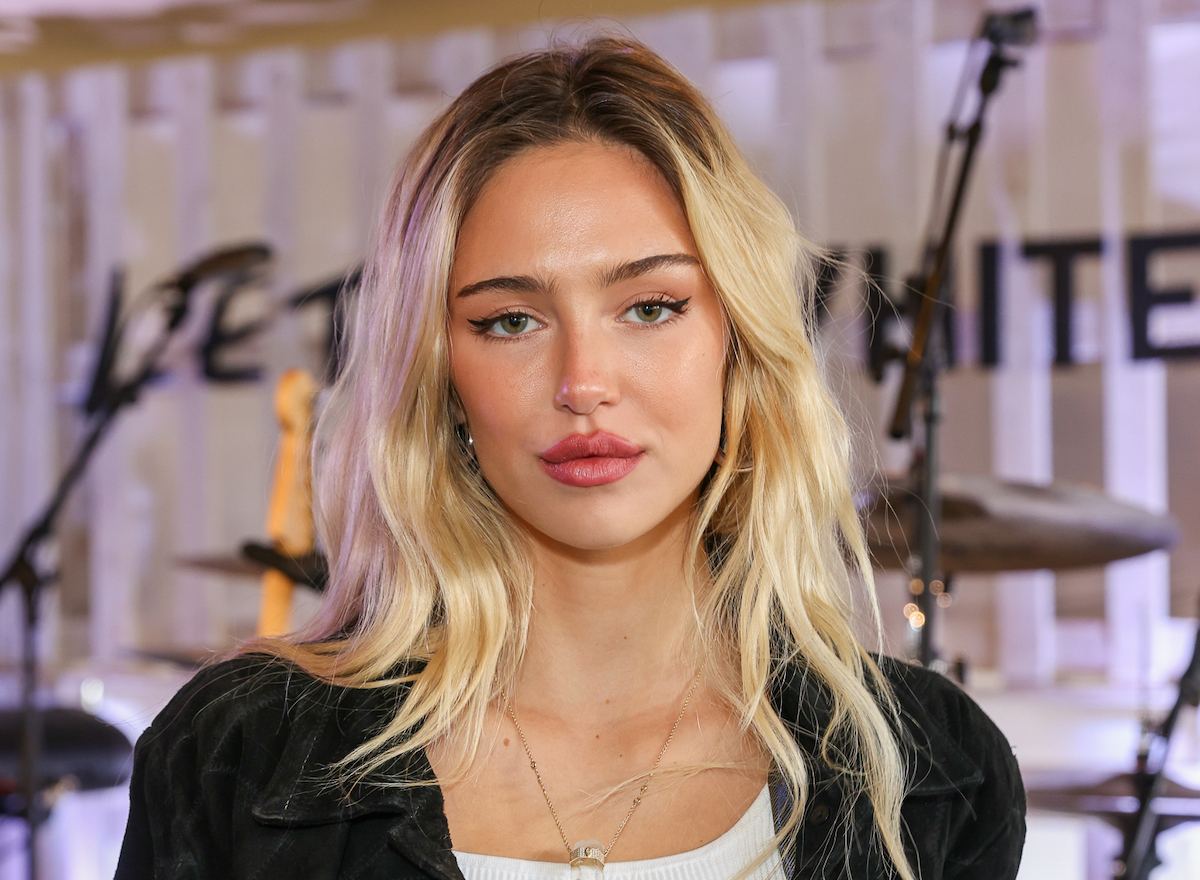 Delilah Belle Hamlin certainly knows how to get her followers’ attention! The daughter of Lisa Rinna and Harry Hamlin showed off her phenomenal figure in a swimsuit via social media this week, attempting to lure her fans into following her TikTok account. “I’m so much more fun on tik tok: delilahbellee with 2 e’s, I mean how fitting for today! Y’all better not sleep on the follows,” she captioned the series of Instagram snaps. How does the 23-year-old keep herself fit? Read on to see 6 ways Delilah Belle Hamlin stays in shape and the photos that prove they work—and to get beach-ready yourself, don’t miss these essential 30 Best-Ever Celebrity Bathing Suit Photos!

Delilah is all about exercise. “I do dance classes, normally twice a week, in Malibu,” she told HollywoodLife. “Maybe I’ll go on a hike. Before a shoot, I’ll go to SoulCycle a couple of times a week. I’ll go to Cryotherapy, too.” “The current Physical Activity Guidelines for Americans are:

Delilah eats what she wants, but makes sure to do so in moderation. “Today I got a burger and Thai food, but just a little bit of it,” she explained. “I want to be happy! I don’t want to eat light cheese all of the time.”

In an emotional Instagram video shared in November 2021, Delilah opened up about her mental health and revealed she had gotten treatment. “I found a psychiatrist and he over-prescribed me. He over-prescribed me with one medication that one of my friends takes for 10 milligrams and he gave me 20 milligrams a day. And then he gave me three milligrams of Xanax a day, so my body got dependent on Xanax number one, and number two I overdosed,” she said. “I didn’t mean to at all. I overdosed on this one medication called Propranolol. And I took Benadryl with it and for some reason, I ended up in the hospital.” After leaving a rehab she checked into another facility in Arizona. “It was a treatment center, not a rehab. It was something I had to invest in with my own money, which was a scary thing because I had to trust this place.”

In the video Delilah revealed she majorly changed her life as a result. “I’m on a really strict diet. I take a crazy amount of supplements to detox my body. I’ve been sober from alcohol for two months.”

Delilah, who is in recovery from anorexia, maintains that being open about her health  keeps her accountable. “Here’s the thing about sharing my life on social media: I have eyes on me 24/7. After sharing my story, they weren’t just anonymous eyes but eyes that knew this intimate detail about my life, that were watching me and my body every single day. When you’re in recovery from an eating disorder, it’s so difficult to continue pushing through even when you have bad days where you just want to go back to your old habits. Sharing my story has helped keep me accountable. I want to be a role model, to be strong for all the people who look to me,” she wrote in an essay for Glamour.

While being treated for an eating disorder, Delilah learned she suffered from another health issue. “In the wake of my anorexia, I was diagnosed with Hashimoto’s disease, an autoimmune disease that screws with your thyroid. My body was reacting to being starved for so long. With Hashimoto’s I’m going to have to take two pills every single morning as soon as I wake up, maybe for the rest of my life. Obviously that’s not the worst thing in the world, but it’s hard knowing I did this to myself,” she wrote in her Glamour essay.