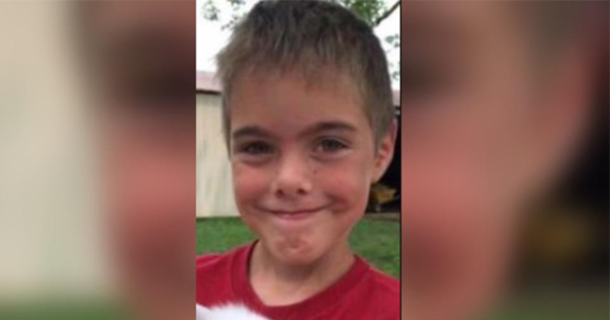 A small 11-year-old boy who disappeared for over 14 hours while search and rescue teams in Ohio looked for him has been charged for wasting the police officers’ time.

According to WDTN, Perry Beller has been charged with unruliness and inducing panic and will be placed in a diversion program.
Around 8:30 p.m. on Thursday, Perry was found in downtown Christiansburg, about 5 miles away from his Pike Township home.
The 11-year-old was reported missing the day before after he vanished from his home around 4 a.m. on Wednesday, wearing nothing but a pair of shorts with no shoes.

According to WDTN, Perry has a disorder called “defiance disability” or ODD oppositional defiant disorder, which often drives him to leave home for no apparent reason.

The moment Perry disappeared, the entire area surrounding his home was searched to no avail.
More than 100 personnel from fire/EMS, law enforcement from four counties, and BCI and multiple K-9 teams, as well as Clark County EMA were all out searching for Perry, according to WDTN.

When Perry was finally found roaming the streets of Christianburg the next evening, a bystander reportedly realized he was alone and contacted police.

According to reports, this is the second time Perry has left home without warning in the last month.
Over Memorial Day weekend, the child disappeared from home for four hours before he was finally found.
While police tried to talk to the family about ways to prevent Perry from running away when he disappeared last month, they say they were forced to file charges this time around.

WHIO shared this story on Facebook, where many commenters slammed police for filing charges against an 11-year-old boy with a disorder.
“I’ve raised kids with ODD. It’s not as simple to manage as you think. You lock them in and you make headlines for false imprisonment and child endangering because they can’t get out in case of a fire. You restrain them and they get finger print bruises on their arms and you’re charged with child abuse. You medicate them to the point of being safe and the world judges you for “turning your kid into a zombie” You spank and you just create a more resentful child who have even more reason to run and fight back. It’s a disorder because regular parenting doesn’t work to treat the symptoms,” one woman wrote.

“Maybe they went over kill with all the search resources and they should just eat that cost and not go over board the next time. A child with this disorder will definitely have a next time. Don’t panic, not every kid disappears because they took candy from a stranger,” another added.