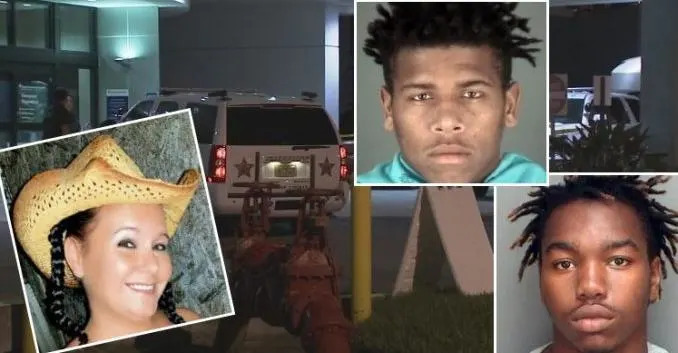 A Clearwater, Florida, woman shot two thieves attempting to steal her car — resulting in the death of one of the suspects and a second-degree murder charge for the other.

The two carjackers, 17 year old Jernalen Dreshaw Coleman and 18-year-old Lasupta Singletary, planned to meet with Louise Ornduff and her son Kalaeb in a Bank of America parking lot to discuss the sale of a Nissan Rogue. When they arrived, the suspects were armed and demanded the keys to the car that Kalaeb was driving.

The suspects then drove away in the stolen car, prompting Ornduff to fire a shot at them with her own weapon. She struck Singletary, and Coleman drove to a nearby hospital. It was there that the 18-year-old was pronounced dead, WFTS reported.

Police intitially stated that they would be investigating the incident to figure out the circumstances that led to the teen’s death.

“What they’ll be doing is looking at surveillance videos, talking to witnesses to see when that shot was fired, how far the vehicle was when the shot was fired to determine if self-defense is actually a valid defense here,” criminal defense attorney Anthony Rickman, who was not involved in the case, told WTVT.

Coleman, who along wth Singletary had a prior criminal history, was charged with second-degree felony murder and armed robbery. The murder charge was due to the fact that he was committing a felony while Singletary was killed.

“Based on their history, which you can see before you, and the fact they were engaged in an armed robbery, leads something to…to their character I would say,” Clearwater PD Deputy Chief Eric Gandy told WFTS.

Many readers applauded the outcome of the case and the mother for doing what she needed to do in the situation.

“She was right in what she did and had to, I would have done the same thing had i been in her shoes and the police and courts should back her up and not take the defense of these criminals, help the police clean up the streets against crime,” one reader commented on Facebook.

“Everyone knows that the relatives of those two will say that they were good boys. They will probably say that they needed to steal the car to sell it to afford to live. Just wait until the b.s. starts people. I personally think that they both got what they deserved. Too bad for them,” another wrote.

“People are tired of of working hard and getting robbed by punks. If I were these punks I’d get a job you live longer. Alot of honest citizens are ready to shoot back including me,” another added.