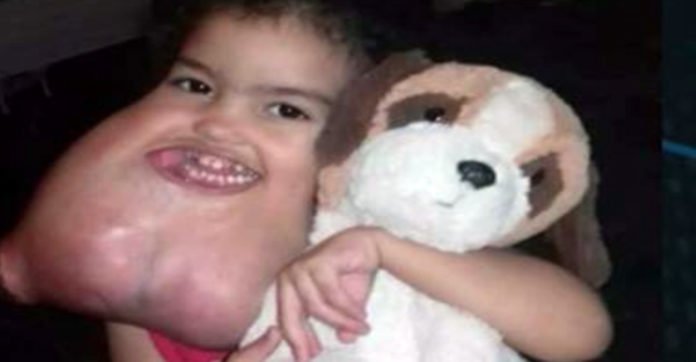 Melyssa Braga lives in Brazil and is three years old. She had a tumor growing on her face and was taken to the United States to have it removed. After the ten-hour surgery, Melyssa is gone, and she will finally begin to lead a normal life! Dr. G.E. Ghali said that the tumor weighed nearly five pounds (Melyssa only weighed 25 pounds)!

Melyssa’s surgery was made possible by Dr. Celso Palmier, assistant professor at the Department of Oral & Maxillofacial Surgery at LSU Health Sciences Center in Shreveport, La, who saw an article about Melyssa and arranged for the surgery. As she grows, Melyssa will need other surgeries to keep her look maintained, so her battle with the tumor isn’t over.

Eventually, Melyssa will need the titanium jaw and bone she just got to be replaced. But, her life can now begin! Share away, people.