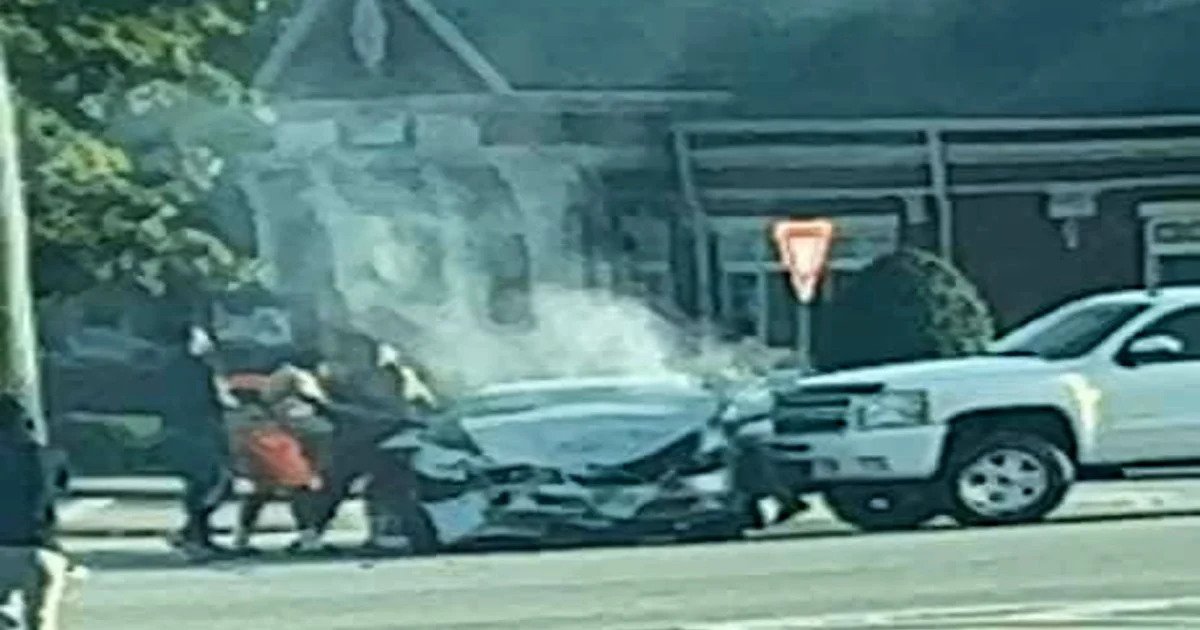 Cesar, Treyvon, Antwion, Messiah, Tyson, and Alto all responded to the calls for help from inside a wrecked car one recent morning as they arrived at school. A woman, believed to be in her 50s, collided with another vehicle. The impact jammed both her passenger and driver’s side doors shut.

Together, the young men worked to open the passenger door in an effort to save the woman trapped in the car. But they soon realized they would also have to open the driver’s door in order to free the woman from her badly damaged car.

“We used all our muscles. We’re pretty big people, we’re strong. We play football, so we lift weights a lot, but (the door) was just extremely bent and broke,” said Treyvon Adams.

As the players helped the woman from her crashed car, Treyvon checked on the driver of the other vehicle to ensure their safety as well.

Meanwhile, inside the school, math teacher Luis Goya called 911 when he heard the crash. Mr. Goya later shared with CNN, “We are very proud of them. This is the kind of news that we need, that is more positive.”

The group of guys succeeded in free the woman trapped in her car. And they have received significant attention for their heroic act. But Treyvon said, “We’ve been recognized in a lot of different ways. We appreciate it, but I feel we just did the right thing.”

Rome, Georgia is about an hour from Atlanta. But, there is another Rome, and the expression “Rome wasn’t built in a day” was written about that special other place by the same name. The breathtaking and timeless city of Rome, Italy, took years to become those things. And, the young men of Rome, GA-aware of and willing to do the right thing-have received years of quality parenting and education to become the fine students they are!

“The glory of young men is their strength, gray hair the splendor of the old.” Proverbs 20:29