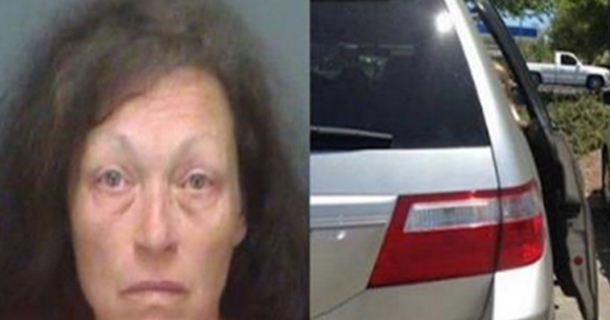 A Florida mother was charged with manslaughter after her 6-year-old son beat her newborn baby daughter to death. Kathleen Marie Steele, 62, left her 2-week-old baby, Kathleen, in the back of her van with her 6-year-old and 3-year-old sons while she went into a cellphone store to have her phone repaired, WFLA reported.

The baby started crying when she was left with her two siblings, according to Pinellas County Sheriff Bob Gualtieri. That’s when the 6-year-old boy took the child from her car seat, shook her and reportedly slammed her head against the ceiling of the vehicle.

“The best way I can describe it to you is he pummeled her,” Gualtieri told reporters. “He was tossing that baby around like a rag doll.”
Gualtieri said he’d “never seen anything like this.”

“One of the worst things I’ve ever seen, with especially a 13-day-old, and her appearance was just one of that had been pummeled,” he added. “The baby was simply beaten, traumatized, gross swelling about her face. The skull was cracked in numerous places.” 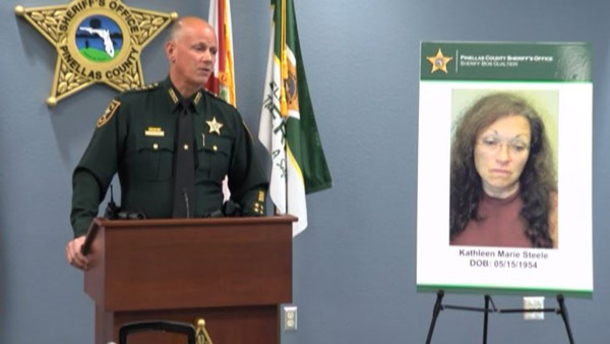 Gualtieri said the 6-year-old had behavior issues. The boy reportedly told Steele the baby was in distress when she returned to the van.
Instead of seeking medical attention, Steele drove to a car rental business and tried to renew the contract for the van she was renting.
The boy reminded Steele again that the baby was not well. Steele then called a neighbor, who is a nurse. They met at a motel, and the nurse checked the infant, who appeared to be dead. She then called 911.
When paramedics arrived, Steele did not appear to be concerned for the child’s health. She was putting groceries away in the kitchen while paramedics tried to revive her daughter. 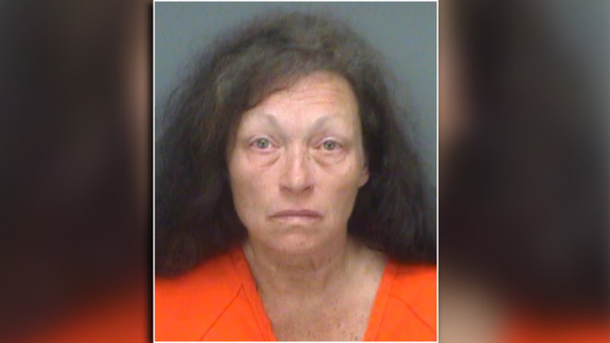 “She was very aloof about it,” said Gualtieri.
An autopsy showed the infant had severe head trauma and multiple skull fractures. The 6-year-old boy described what he did to his baby sister to detectives.
We had him show us with a doll, and it was very violent,” Gualtieri said. “He was slamming that doll, and it’s terrible.”
Steele has been charged with aggravated manslaughter. The 6-year-old boy will not be criminally charged. He and his younger brother are both currently in custody of child services.

Steele gave birth to Kathleen on July 26, WTVT reported. She was artificially inseminated with her dead husband’s frozen sperm. She once appeared on a reality TV show that aired on TLC, “I’m Pregnant and 55 Years Old.”
Gualtieri said Steele was “ill-equipped to have a baby.”
“Frankie and Phillip, at 6 and 3, were running amok, unsupervised, and what others saw was consistent with what happened on Monday, and that she didn’t care for the kids and was negligent and neglectful and abused them by leaving these kids in the car,” the sheriff added.