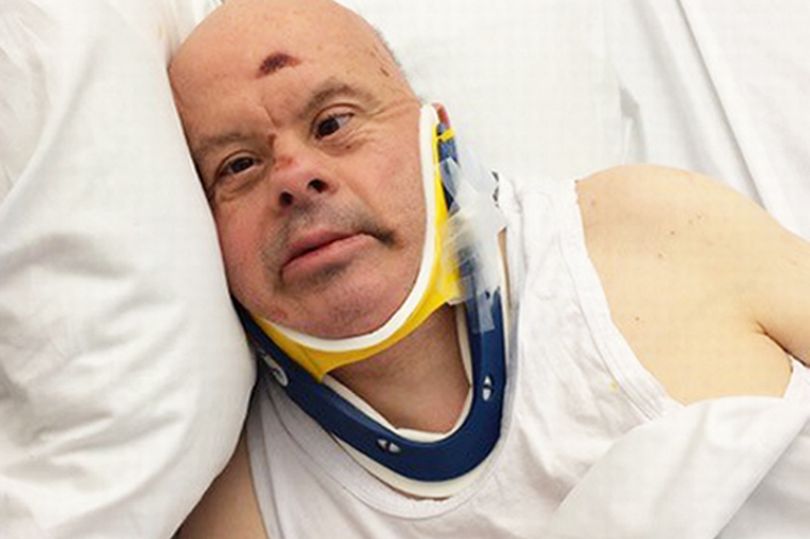 A Down syndrome patient most likely anticipated leaving the hospital after a few days and returning home.

He was in the hospital for 20 days without receiving any nourishment. Sadly, he passed away in the same hospital bed.

Giuseppe “Joe” Ulleri, who was only 61 years old, was brought to a nearby hospital in Machester, England after collapsing at an assisted living facility.

His family is now putting the blame for his death on the hospital’s actions. After receiving his discharge, Joe was told he may return to the assisted living facility.

However, additional examinations revealed that he had multiple shattered bones, including fractures in his neck and pelvis.

Joe had surgery to help with the fracture correction. Because his carers were aware of Joe’s difficulty swallowing food, they refrained from giving him anything to put in his mouth.

He went almost three weeks without meals since the hospital staff couldn’t figure out how to feed him and were perplexed by the directives they were given.

Regarding technology, the hospital was among the best in the region, but the quality of the services was questionable.

Joe worked with medical professionals for his speech and swallowing problems while he was in the hospital.

For about 24 hours, a gastric tube was placed through Joe’s nose, but it wasn’t enough to prolong his life; he eventually passed away from a lack of food in his body.