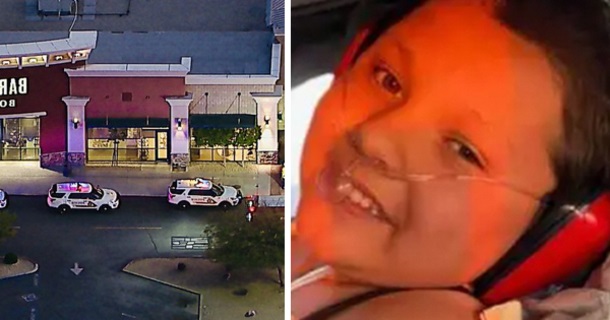 A 9-year-old girl is recovering in hospital after being shot several times at a mall in Victorville, California while waiting to take photos with the Easter Bunny.

According to shocking reports from Fox 11, the young girl was with her grandmother at the Mall of Victor Valley on Tuesday night when a gunman suddenly opened fire.

The 9-year-old was struck three times in the arm, as per her family, and subsequently rushed to hospital. 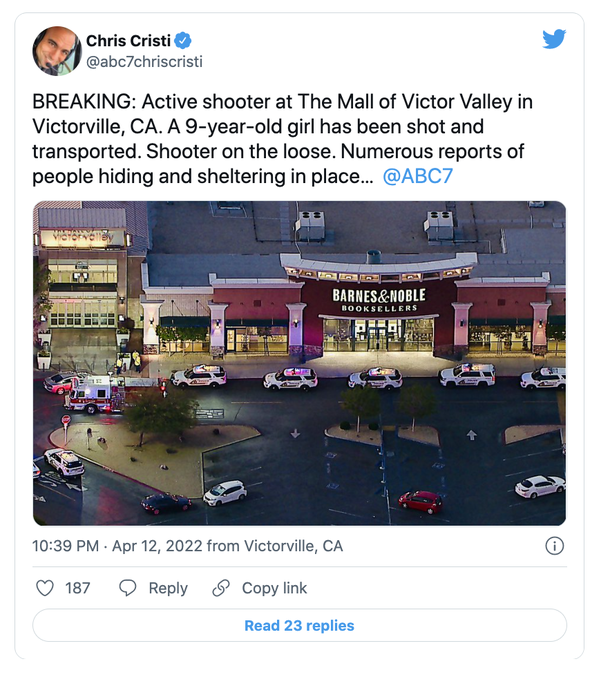 The girl’s family have said that they did not recognize the suspected shooter, and that he was not someone known to them.
Police, meanwhile, have announced that the suspect fled the scene after the shooting. No arrests have been made at this time.
Deputies in San Bernardino County have stressed that the incident was not an active shooter situation, while they did not give a description of the suspect.

The Mall of Victor Valley was closed after the shooting on Tuesday, and opened again on Wednesday. Authorities have not given a motive for the attack.
In November, 2021, another shooting took place close to the same mall, resulting in the death of one person and leaving two others injured.
Everyone be sure to share this story on Facebook if you want to send love and prayers to the 9-year-old victim of this shooting.