Home » A Find In A Boy’s Hair Disturbs The Teacher, Who Then Notices What’s Hanging From Him 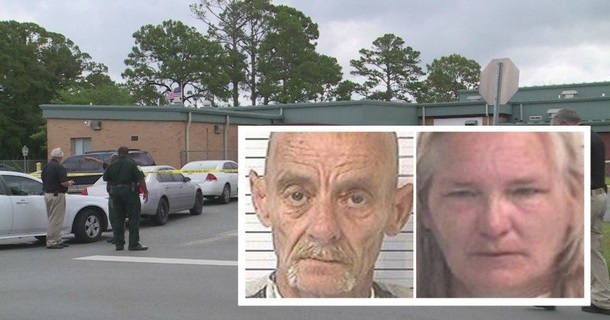 A Find In A Boy’s Hair Disturbs The Teacher, Who Then Notices What’s Hanging From Him

When a little boy walked into his school and passed by a teacher, she was immediately grossed out by what she saw in his hair. As he continued walking, something seemed off with his step, and she looked down in horror at what was hanging between his legs.

For a year, the 6-year-old boy would show up to his public elementary school in Panama City Beach, Florida, acting very different from the other students, which teachers took notice of.

As his appearance and behavior continued to deteriorate, administrators made special arrangements to accommodate him while he was under their care, ignoring the obvious issues by only treating the symptoms, until it was too late.

Despite his age, the kindergartner wasn’t potty trained and wore a diaper to school daily, which administrators routinely saw hanging down between his legs, heavily soiled and appearing as if it hadn’t been changed since the day before.

He was drastically underweight at just 37 pounds and was on medication that he had to be given throughout the school day which impaired his ability to walk and hold himself up.

Last week he came to school covered in live bed bugs that filled his hair and his packed lunch, and he had bites from the insects all over his body.

As soon as he came in the doors, teachers had to quarantine him until they could get a special bus to send him home early on, so he didn’t spread the issue. That’s when police were called in to finally investigate what was happening at home, which they weren’t prepared to see.

The child was living with Helena P. Jones, 54, and James Claremont Jones, 59, whose relation to the boy was unknown, but both were arrested on Thursday and charged with neglect for the deplorable conditions he was forced to endure.

“Not just the fact that he is extremely underweight, but there is concern that he is being overmedicated so defendants can more easily supervise him,” deputies wrote in a report, according to AL.com. “The overmedication is contributing to his health issues and is keeping him from learning at school.”

The residence the couple was living in with this kid was so overrun with bedbugs that it had been condemned, but they stayed squatting inside. There was old bloody stool found in the child’s bed, believed to have been caused by being overly medicated.

It should have never taken a year for these degenerates to be arrested and this boy rescued and brought to safety. It took months of him progressively getting worse, being brought essentially to the brink of death, before anything was done about it.

At first sight of any of these obvious signs, authorities should have been called, but perhaps nobody wanted to get involved for fear of overstepping their bounds. When it comes to a child’s safety, all precautions should have been taken no matter what.