Home » A man saved a malnourished stray husky on the brink of death and the two became best friends. 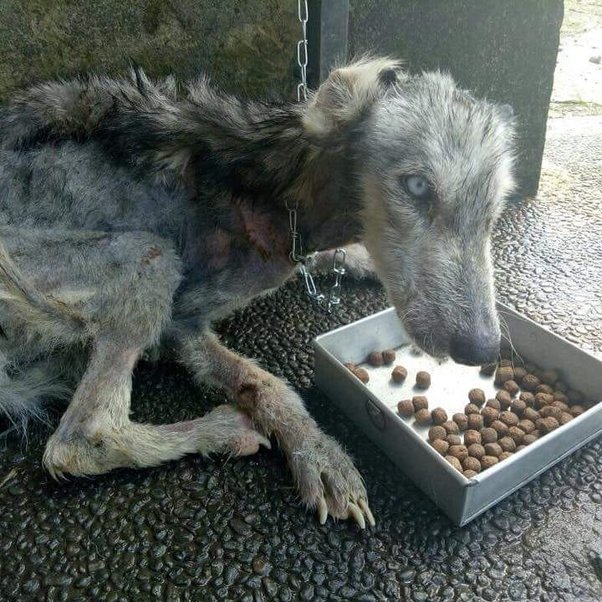 A man saved a malnourished stray husky on the brink of death and the two became best friends.

When Rico Soegiarto was walking home from work in Denpasar, Bali, he saw a stray dog that was in such bad condition that he stopped dead in his tracks. The dog was malnourished and infested with fleas, and most of her fur had fallen out due to mange and other skin conditions. He couldn’t leave her to die, so he scooped her up and took her home.

Rico already had four dogs at home when he rescued this new stray. He determined that she still had a lot of living to do just by looking at her sweet face. He thought she might be a husky mix, but he was not sure because of her poor health. He named her Hope.

He began a daily regimen of care to reverse some of the damage suffered on the streets once he got Hope home. Medicated baths must have stung her sensitive skin, but the dog never snapped or behaved aggressively. Instead, she gave her new master’s hand a gentle lick as if she knew he was trying to help her.

Hope was given quality dog food to help her gain weight healthfully and blend in with her new four-legged siblings. It took a while for her to be able to walk without much pain, and finally, she gained more muscle.

Within ten months, Rico succeeded in transforming Hope into a lovely purebred husky-looking canine. Hope has become a stunning canine companion for Rico and his family, since he has worked hard and adored her so much. She is a far cry from the cowering, undernourished animal he found that day on the road.

It’s wonderful to see how Hope’s transformation has inspired us all. This is a great example of how caring for oneself (and others) can result in a significant improvement in someone’s life, as well as a reminder of how rewarding that process can be. Instead of continuing on his way and ignoring the animal in pain, Rico took action and tried to make the world a better place.