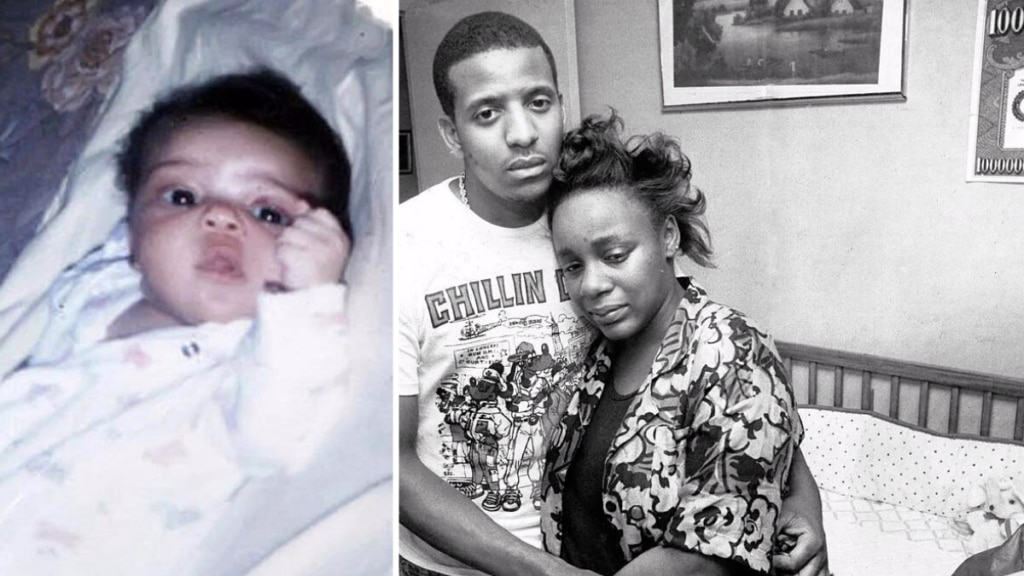 One little girl was kidnapped when she was just 19 days old from a hospital. 23 years later, she is reunited with her birth parents.

And hope can will a mother to hold on for more than two decades as she awaits word on her missing baby girl.

How Carlina White Was Kidnapped from a Hospital by a Nurse

Joy White knows a lot about the power of hope. In 1987, she and Carl Tyson gave birth to a baby girl named Carlina White. It was the family’s first child and when the baby developed an infection and fever at 19 days old, they quickly took her to New York City’s Harlem Hospital Center to ensure she received the proper care.

There, however, their lives changed forever. A woman posing as a nurse had been hanging around the hospital for a few weeks and interacted with Joy and Carl upon their arrival. When the doctor wanted Carlina to spend the night, Carl took Joy to get her things then went home and fell asleep.

By the time Joy returned to the hospital, however, Carlina was gone. The “nurse,” a woman named Ann Pettway, had unhooked the IV tubes and left with the newborn.

“I was angry with everyone. My temper was short,” Carl later told New York Magazine. He added he would always question why one of them didn’t stay at the hospital the whole time. “Why didn’t I stay?” he added.

Why One Woman Kidnapped Carlina White to Raise as Her Own

Ann had also been pregnant in 1987 but secretly miscarried. When she showed up with baby “Nejdra Nance,” no one questioned her. Ann raised Netty, as she was nicknamed, in Bridgeport, Connecticut.

“I’m not going to say she was the best mom ever, but she did what she had to do to make me who I am,” Netty told New York Magazine. “She was strict, but she was cool. All my friends used to say she was a cool mom.”

Netty always wondered why she didn’t look anything like Ann, but she didn’t think too much of it until she became pregnant in 2005. She asked Ann for her birth certificate so she could get health insurance, but Ann stalled. So Netty went to the city to track one down. There, she was accused of trying to obtain a false identity.

After pushing the issue several times, Ann finally revealed she wasn’t Netty’s birth mother, and that Netty’s birth parents had abandoned her shortly after she was born. Ann refused to divulge any more information though, leaving Netty to figure it out for herself.

How Carlina White Discovered Her Own Identity

At first, Netty searched for kidnappings within the Bridgeport area until one day in 2010 it dawned on her to look outside the Connecticut area. She combed through photos on the National Center for Missing & Exploited Children’s website and came across a picture of a young baby who looked just like her daughter, Samani.

Later, she called reps for the center and explained her situation. In the end, it was a birthmark on her arm that led to the discovery: She was, in fact, that baby. DNA later proved as much. Netty called her birth mom.

“She had me on speakerphone, with all the aunts. One of the aunts was like, ‘Come home!’ I was happy as hell,” Netty told the publication.

At first, Netty would speak to her parents on the phone almost nonstop, calling them “mom” and “dad.” Then she and Samani flew to visit them in New York. Although Netty recalls it feeling like home, the emotions were a lot to handle.

She had me on speakerphone, with all the aunts. One of the aunts was like, ‘Come home!’ I was happy as hell.

Eventually, she needed some distance in order to piece her life back together — especially with all the newfound publicity. Her case was the longest child abduction case to be solved for the Center for Missing and Exploited Children, after all, and everyone wanted to share the heartwarming story.

Why Carlina Refuses to be Angry at Her Kidnapper

These days, Carlina White is the name on Netty’s birth certificate, but she still goes by Netty. “[It’s] not what the Pettway family gave me or what the White family gave me. It’s what I gave myself,” she revealed.

After some deliberation, Netty declined to speak at Ann’s trial, although both Joy and Carl testified against her. In the end, Ann was sentenced to 12 years in prison. Netty and her birth parents are on good terms, according to Marie Claire, and they speak on the phone occasionally.

“Now I have two moms and two dads and my life is richer because of that,” White told The Mirror in 2014, adding that she writes to Ann in prison and their relationship is complicated. “If I had all that anger in me it would be me who would suffer and it would stop me from living.”

In the New York Magazine interview, Carl revealed he always knew his daughter would return. “I always felt that my daughter was going to come back,” he said. “I didn’t know when, but I knew. Joy was the same way. She always had that feeling.”

Even though Joy and Carl split long before they were reunited with their daughter, that hope is what got them each through 23 difficult years. Sometimes the road can seem long, and sometimes it can be hard to see the light at all. There are many ways this story is sad and tragic, but not even Netty herself wants to dwell on that.

She’s proof that sometimes in order to lead your happiest and fullest life we need to hold onto hope, not give up, and focus on the positive. It’s a lesson for all of us the next time things feel heavy or dark. Find that speck of positivity or hope in a situation, and hold onto that until things get better. Because even if it’s not how we imagined it to be, things will eventually get better.