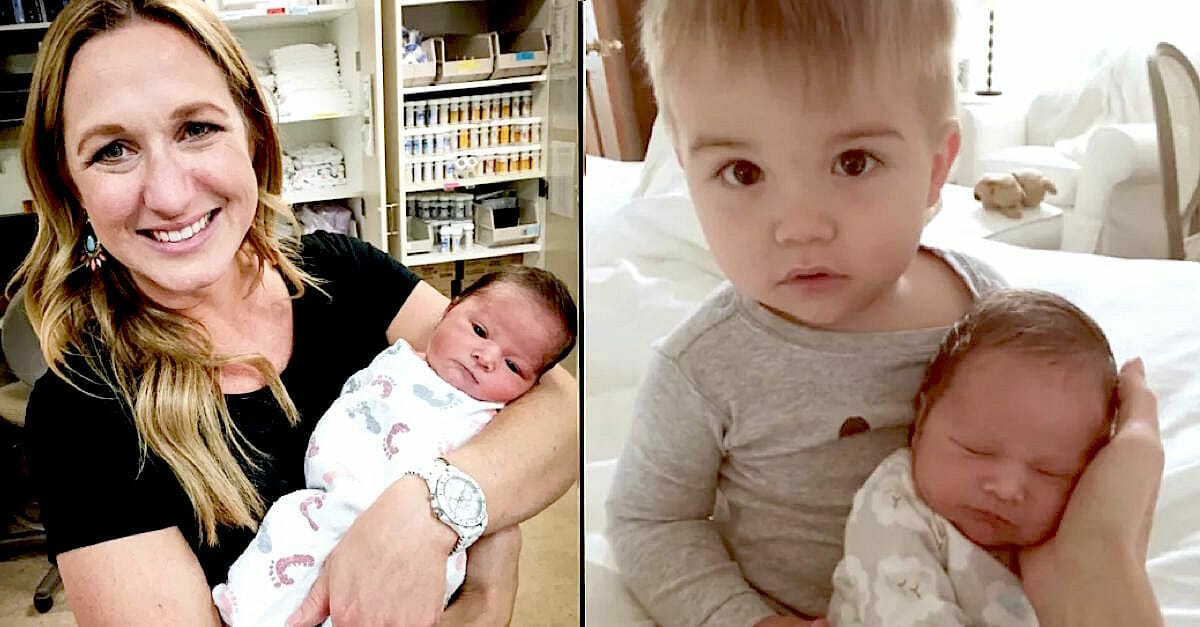 When Katie Price’s marriage came to an end, she was only 30 years old – but instead of being sad and feeling sorry for herself, she saw it as an opportunity for a new and fascinating beginning to her life.

She moved into a new home, changed careers, and decided to explore the option of adopting a child.

In 2016 Katie contacted a social worker about a four-day-old baby that was abandoned in the hospital. He did not have a name, so Katie called him Grayson.

Grayson was with Katie for 11 months when the court ruled that his biological parents had no more rights over him, and Katie could finally call herself Grayson’s mother.

But then fate entered the picture, and a new baby entered her life, much faster than she expected, a baby who would change her and her son’s lives in so many ways.

Katie really loved being a mother, and was eager to add a new baby to the family, a baby that would be a little brother to Grayson.

But just a month later, Katie received treatment from a social worker regarding a baby abandoned at the same hospital where Grayson was born.

Just hours later, baby Hannah was home together with Katie and Grayson.

But only when she looked at Hannah’s hospital bracelet and noticed the mother’s name was the same as Grayson’s mother’s name. It made her start to wonder…

After examining Hannah’s file and performing a DNA test, she discovered that Grayson and Hannah have the same biological mother, they were half-brothers.

Now they will be able to grow together thanks to the amazing mother, Katie.