Home » A Woman Murders Her Husband For Insurance Money, But She Forgets One Crucial Detail 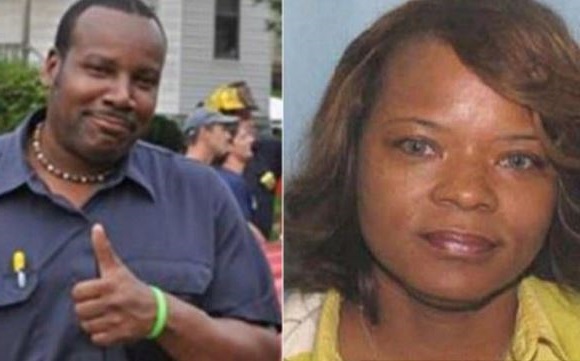 A Woman Murders Her Husband For Insurance Money, But She Forgets One Crucial Detail

Uloma Curry-Walker, a 45-year old newly-wed, in Cleveland, USA, hired a hit-man to kill her husband so she could get his $100,000 insurance payout along with his pension cheques to pay off her debts.

Uloma Curry-Walker and her husband Lt. William Walker (a firefighter with the Cleveland Fire Department) had been married for only 4 months when she, being tens-of-thousands of dollars in debt, decided to ask her daughter’s boyfriend to carry out a hit on William.

According to CBS News, on paying her 17 year old daughter’s boyfriend (20 Year old Chad Padgett) a $1000 advance fee, he contracted the hit to his cousin (Christopher Hein, also 20) who then had a failed attempt at assassinating William and decided to sub-contract it to another thug (22 year old Ryan Dotty) who was able to successfully deliver four bullets to her husband while he was out getting fast-food on Uloma’s request.

After the murder, Uloma found out that William Walker’s ex-wife was still listed as the beneficiary on all his financial payouts.

Uloma has been convicted of aggravated murder and is set to be sentenced on August 8, 2017; possibly to life in prison without possibility of parole.