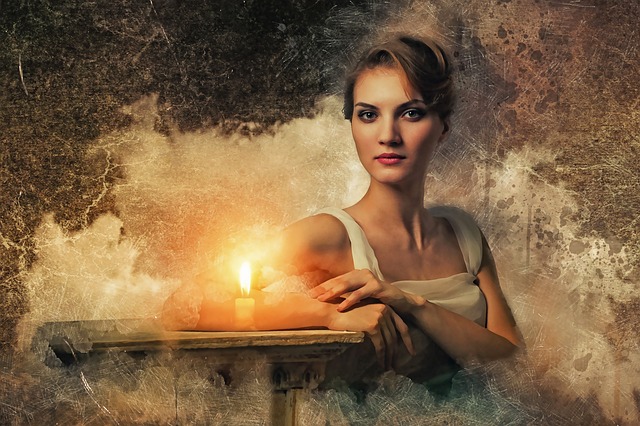 If you raised the topic of the supernatural and the proof of its existence, you would get into a heated debate very quickly between believers who claim to have personal experiences with the metaphysical, and the people who staunchly believe this is all absolute nonsense.

All in all, one could safely say most people would rather limit their experiences with ghosts and the like to horror movie viewings, thank you very much.

In the case of this 30-year-old British woman named Amethyst Realm, however, dealing with ghosts is something she actually wants.

In fact, this Bristol native had originally shot to fame in December of 2017 when she claimed to have had sexual encounters with 20 ghosts or more.

Now, Realm has an update regarding her sexual experiences with the supernatural – she is getting married to a ghost.

Realms’ experiences had originally begun in 2005, when she was still together with her then-fiancé at the time.

The two had moved into a new house that was apparently haunted, and Realms found herself to be on the receiving end of some strange encounter that turned out to be incredibly arousing for her.

She claimed that it had initially started out as an energy she felt, and then became physical pressure pressing down on her thighs.

She claimed that she could even feel the spectral being breathing on her neck, and soon found herself having sex with the spirit.

This affair with a supernatural being came to a stop after three years, when her husband saw a shadow in the shape of a man on top of her in the act.

Being caught cheating by her husband hasn’t stopped her sexual escapades with ghosts, however.

Realms claimed to have hooked up with even more ghosts since then, and has even entertained the thought of being pregnant with a ghost-baby.

This, obviously, has made her the receiving end of plenty of ridicule and mockery, with people slut-shaming her for the supposed act.

The news, however, attracted plenty of attention and netted her a seat beside ITV This Morning’s co-host, Phillip Schofield.

Now, Realms has even bigger news to share with the world – she now says that she is engaged with a poltergeist.

According to what Realms told The Sun, she was on a trip to Wookey Hole caves – a famous holiday getaway in England – to celebrate her nine-month relationship with a ghost.

The ghost, who has no name, had asked her to marry him – albeit he was incapable of going down on a single knee to do so, since he doesn’t have knees.

It did, however, speak to her for the first time, with a voice Realms claims to be deep and sexy.

It seems that Realms’ friends and families are supportive of her new lover, and are helping her plan her wedding ceremony with the ghost.

The upcoming wedding between the spiritual counselor and her ghostly partner is something Realms is looking forward to, and is at least certainly something that will make her happy.