Home » After Discovering A 50-year-old Scrapbook, A Wife Discovers Exactly What Kind Of Man Her Husband Is 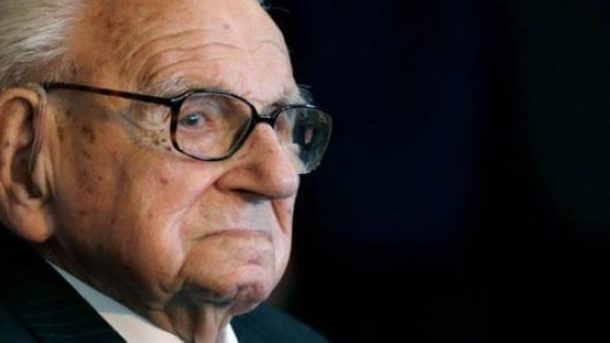 After Discovering A 50-year-old Scrapbook, A Wife Discovers Exactly What Kind Of Man Her Husband Is

Sir Nicholas Winton was a successful stockbroker in London in 1938 when World War II began to take shape. He had planned to take a skiing holiday in Switzerland in December of that year when he — on an impulse — decided to go to Prague at the suggestion of his friend.

“Don’t bother to bring your skis,” his friend told him in a phone call, reports The New York Times.

His friend had been aiding refugees in the region when Sir Winton arrived. There the stockbroker discovered the deplorable conditions in which the victims of the Nazis had been living in.

Although many countries had restrictions on Jewish refugees, Britain had began a program called “Kindertransport” that allowed Jewish children from Germany and Austria to take asylum in their country. Since there was no equivalent for Czechoslovakia, Sir Winton took it upon himself to create an entire organization to help smuggle children out and away from danger.

In London, he placed advertisements in newspapers and appealed to London families to host the children refugees. Although the Nazi government was suspicious of his actions and his life was in danger, he was able to transport 669 children from four separate countries out of the region and away from Nazi tyranny.

Though his deeds saved the lives of 669 children, he kept his efforts a secret for nearly half a century. His altruism was only discovered when his wife found a scrapbook in their attic in 1988, reports LiftBump. The book included names and pictures of the children as well as documents detailing the logistics of the operation.

For his deeds, Queen Elizabeth II knighted Sir Winton in 2003.

In 1988, he was featured on British television show “That’s Life” during which he was surprised by some of the children he had saved.
“His legacy is that when there is a need for you to do something for your fellow human beings, you have got to do it,” said Lord Dubs, one of the children he helped transport away from the Nazis.