Home » After Seeing The ‘newborn Bill’ From The Repairman Who Fixed Their Furnace, Dad Loses It 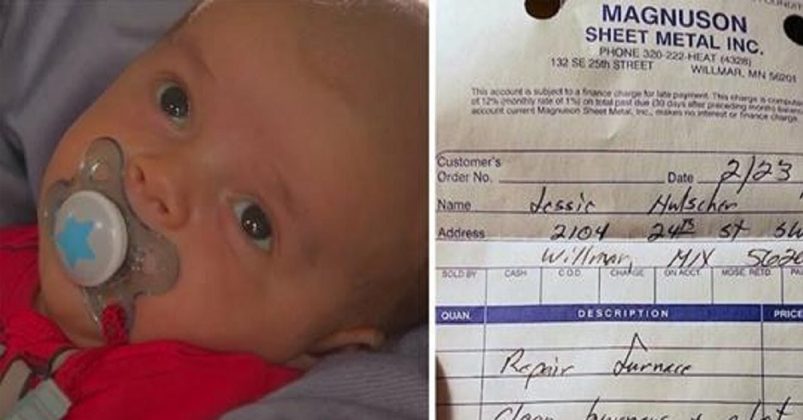 After Seeing The ‘newborn Bill’ From The Repairman Who Fixed Their Furnace, Dad Loses It

The one time you need your furnace to work is during a snowstorm – right?

How about if you are bringing home a newborn and have a Minnesota winter storm heading your way? Yes, a furnace would be needed then too.

On February 23, Jesse and Maria Hulscher’s furnace broke, and a winter storm was headed their way – and Maria had given birth to her second child just days before.

Jesses called Magnuson Sheet Metal with the hopes that they could fix the furnace quickly and that the repair wouldn’t break the budget.

The company manager, Craig, must have heard the panic in Jesse’s voice because he sent out a repairman right away.

The furnace was fixed within the hour!

A few days later, Jesse found an invoice from Magnuson Sheet Metal in his mailbox.