Home » ALERT: 30 Babies Have Died In This Fisher-Price Toy?! 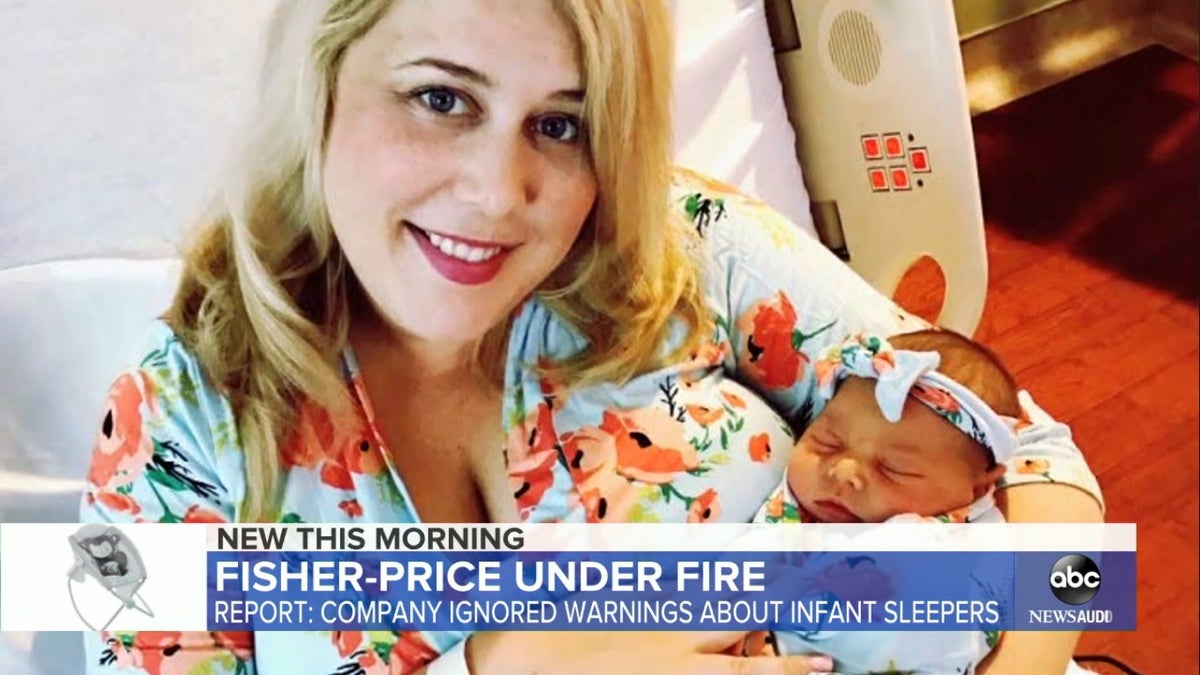 ALERT: 30 Babies Have Died In This Fisher-Price Toy?!

In a startling announcement, Fisher-Price admits that at least ten babies were killed while using their Rock ‘n Play sleepers. Not only have the products been recalled but class-action lawsuits have been filed against the company known for producing items for children. The sleeper allowed infants, who were older than three months, to roll onto their stomachs and suffocate in the device, which was never part of the product warning about how the device could cause infant death.

A spokeswoman for the Consumer Product Safety Commission Patty Davis announced that the latest death from the Fisher-Price device was in august. It is unclear when the Fisher-Price item killed the other babies involved in the recall.

Now CPSC recommends that parents quit using the sleeper as soon as children develop the capability to roll over. Because once they roll over, they can land on their stomach and get suffocated in the Fisher-Price sleeper.

“As soon as an infant exhibits rollover capabilities,” Davis recommends you leave this deadly device behind. “If it turns out that it needs to be recalled we will move forward with that,” she told CNN at the beginning of April. However, a few days after she said this, CPSC found that more than 30 infants died using the device.

Fisher-Price has also warned parents to stop using their sleeper when babies can roll over.

“The reported deaths show that some consumers are still using the product when infants are capable of rolling and without using the three-point harness restraint,” the company said.

Now, two class action lawsuits have been filed against Fisher-Price just two weeks after their sleepers were recalled. The company recalled the deadly sleepers on April 12.

The first lawsuit was filed by parents Samantha Drover-Mundy and Zachary Mundy of Delaware on April 18. They claim the company should have recalled the sleeper much earlier because their 12-week-old daughter died after she was placed in the Fisher-Price sleeper last September.

“This recall was too late to save the lives of more than 30 infants and to prevent the injuries of numerous other infants caused by the Rock ‘n Play,” the lawsuit states. “The Rock ‘n Play causes death or injury to infants because its defective design enables them to move into positions in which they cannot breathe.”

The following day, Cassandra Mulvey, of Nassau County, New York filed a lawsuit because she received the Fisher-Price sleeper as a gift for “use as a sleeper for overnight or prolonged sleep for her infant.”

However, she said that the marketing of the Rock ‘n Play “was dangerously false and misleading.” Not only did it prove to be deadly for infants, but it was also not meant to be used as a sleeper.

The lawsuits are looking to seek unspecified damages and hope to create two classes of lawsuits, one for New York and one nationwide.

The Drover-Mundy suit hopes that they can create two classes, one for infants who were injured and another for people who bought the device as sleepers.