Home » At 17, he graduated from Harvard and high school at the same time. Now at 20, he passed the bar exam 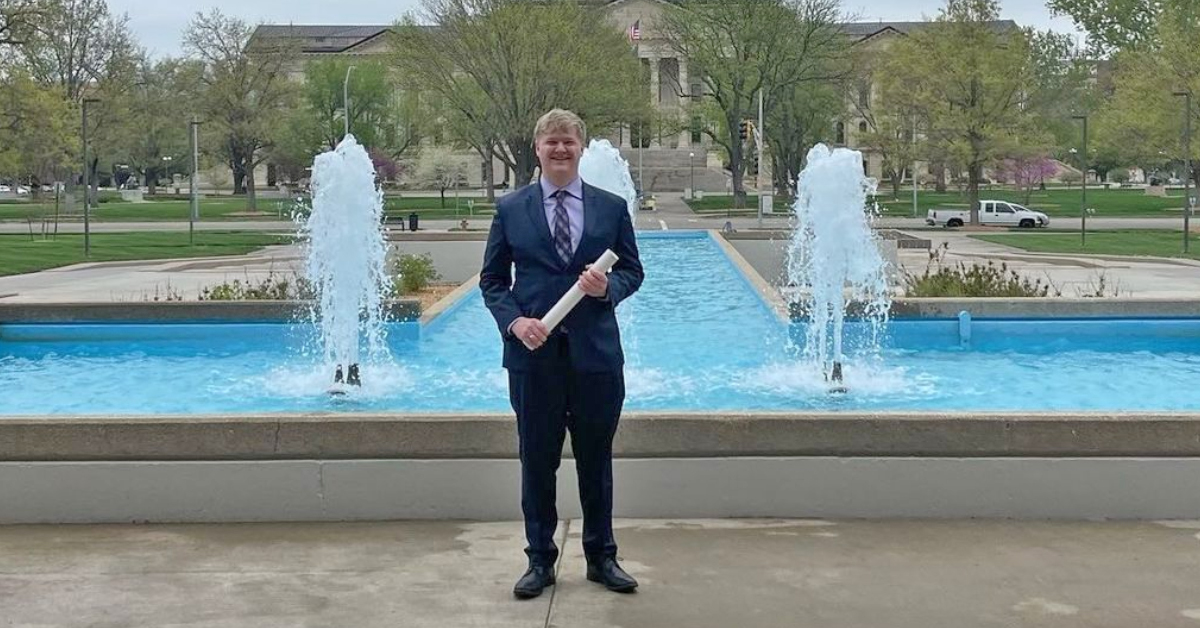 At 17, he graduated from Harvard and high school at the same time. Now at 20, he passed the bar exam

Braxton Moral is adding yet another achievement to his already impressive resume. At 20 years old, he just became America’s youngest lawyer after passing the bar exam.

In a recent appearance on The Kelly Clarkson Show, the Ulysses, Kansas, resident talked about the moment he found out he passed.

“So, we’d actually just entered a movie theater,” he said. “Scrolling through social media, saw one of my friends got their scores, figured my score’s probably in as well, started to panic, found out I passed, my parents were ecstatic, and we saw the movie.”

“You have to kind of be more than one thing out here ’cause it’s so desolate. You know, tried a few people for traffic infractions, I got ’em. I mean, they were on camera, but that’s beside the point, I still got ’em. And I’m keepin’ our city safer,” he explained.

The new lawyer said he didn’t know if the defendants were aware of his age.

“One defendant knew it was my first trial and joked about how he was there to help me get started,” he recalled.

The young achiever mentioned that his interest is in trials and litigation.

During the program, Clarkson also revealed that Pilot Pen is writing Braxton a check for $1,000.

Braxton’s latest milestone comes only three years after he graduated from high school and Harvard simultaneously.

He graduated from Ulysses High School in May 2019 and received his undergraduate degree from Harvard Extension School 11 days later.

Braxton skipped the fourth grade and had been taking classes at Harvard since he was 11 years old. The school allows students without certain prerequisites to enroll in programs so long as they can prove they can perform through testing, trial classes, and the administration voting on their admission.

Braxton attended traditional in-person classes during the day while taking Harvard extension courses online. He also attended remote classes in high school in a room set aside for online students.

“I always checked the curriculum and made sure to have everything online. Classes were predictable, Monday through Thursday, and homework was always mentioned,” he said.

Braxton’s favorite college class was called “A Road to the White House.” He also enjoyed a class discussing the history of nuclear weapons.

“It helped me to learn, to have people who are at the forefront of their fields and can offer information,” he said.

His parents learned about Harvard’s extension courses through Duke University, which had a program that identified and provided educational opportunities to kids who exceeded those in their schools.

Braxton graduated from Washburn University School of Law after 2.5 years instead of the traditional three years. He said he didn’t do well during his first semester but dominated it in the second. To improve his grades, he decided to take some summer courses.

Since the school was a six-hour drive from Ulysses, Braxton moved into a townhouse close to the campus and experienced living alone for the first time.

“It was interesting, I had a great time. I had so much freedom,” he said.

But when COVID hit, Braxton returned to his parents’ home and took classes remotely ever since.

Despite his many achievements, Braxton remains modest and says he’s still prone to making silly mistakes like everyone else.

“I poured a drink out of a cup with a hole the other day, so it’s not a big deal,” he said.

Congratulations to Braxton and his family for this incredible accomplishment! Click on the video below to watch his appearance on The Kelly Clarkson Show.