Home » At 715 LBS, He Was Considered The World’s Heavest Teen, Watch Your Jaw Drop When You See How He Looks Today

At 715 LBS, He Was Considered The World’s Heavest Teen, Watch Your Jaw Drop When You See How He Looks Today

By Ellie Hall on September 11, 2022
Right now, it appears to be easier than it ever has been to be able to gain weight.
Many things play a part in this, such as a busy lifestyle, stressful environments and access to fast food and junk, so many people are finding it very difficult to shed those unwanted pounds.
Obviously, genetics and eating habits have a role to play when it comes to obesity, but the bubble in which we find ourselves living doesn’t always serve to help those struggling to control their weight.
When Jacob Miller was born, he was a big boy, but no one could have predicted that one day he would become famous the world over for his enormity. 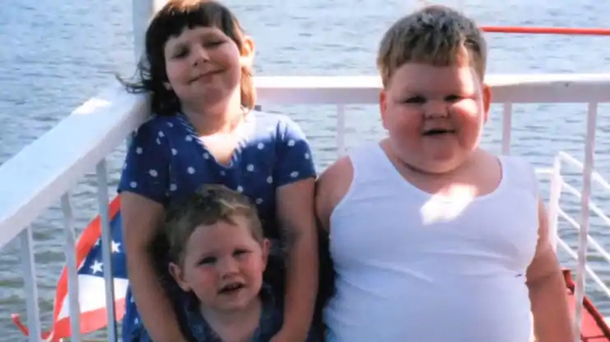 Jacob’s parents, who love him unconditionally, initially didn’t see the problem with their son’s weight.

By his first birthday, he weighed in at just over 50Ibs, this despite being born five weeks premature.

Even though Jacob was much bigger than his siblings, and the other children in his neighborhood, his parents weren’t overly worried.

They, and the rest of Jacob’s family, believed the pounds would fall off as he began to grow up.

This assumption, however, proved to be entirely wrong. 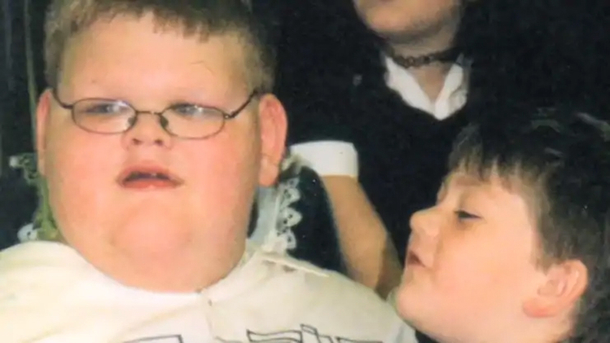 At the age of 15, Jacob was the heaviest teenager in the world. He needed desperate help.

Not only was his weight of 707Ibs highly disproportionate to his age and height (6ft 5), but his body had started to suffer from a host of health issues. 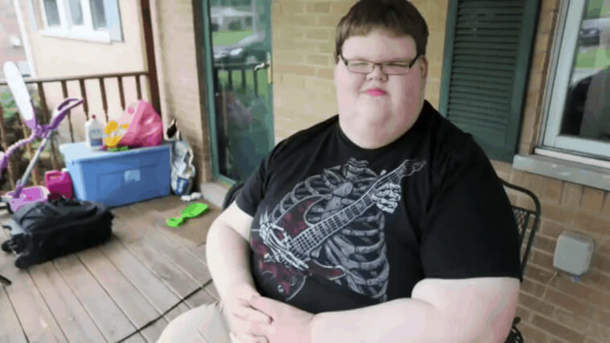 Amongst other things, Jacob was battling diabetes, heart problems and liver disease.

Worst of all, though? Usual weight-loss methods weren’t working.

At this point, it became clear to Jacob’s family that he had an extreme biological problem.

His troubled parents took him to the Cincinnati Children’s Hospital in their search for answers. 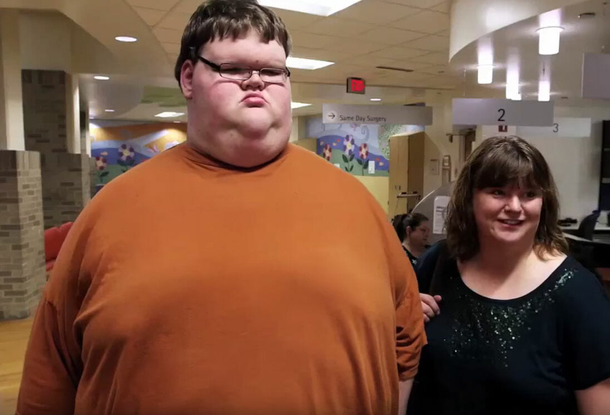 The doctors there had no immediate solution for the Miller family. They did put one drastic measure on the table, though … gastric bypass surgery.

Surgeon and doctor Tom Inge says the human body is simply not designed to carry around the sort of weight Jacob was.

As a result, surgeons wanted to perform the operation as the quickest way of shedding pounds from Jacob’s body. The idea was that the medical team would thereafter continue to monitor Jacob and find a way to ensure his weight was lowered to a safe level. 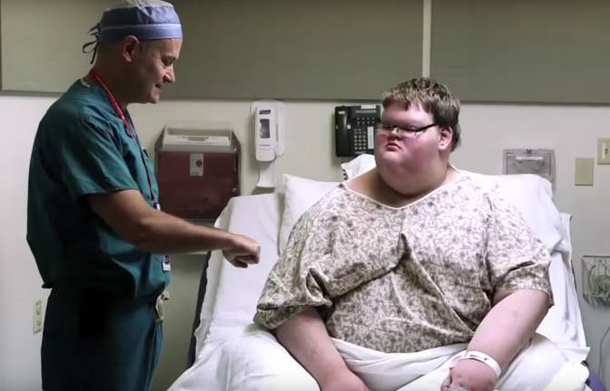 The operation was a daunting one, but Jacob’s parents knew they had no other choice.

They gave doctors the green light to carry out the procedure.

Jacob, who just wanted to live life like any other child, didn’t just agree to undergo the surgery, but also listened intently to the advice given to him by the doctors. He lost 77Ibs in the weeks leading up to the operation, proving he was serious about the transformation.

Six months after the surgery, Jacob had lost so much weight that he’d dropped five clothes sizes.

Now, 12 months after, he’s virtually unrecognizable, but is still striving towards achieving a healthy size he’s happy with.

“It’s hard, but not as hard as it was before surgery. Before I couldn’t do anything, I’d walk for five minutes and I’d have to sit down. Now I can walk for a half hour and not sit down,” he told SFG.

Jacob not only now looks better, but he’s feeling better as well.

His diabetes is gone, and he’s managed to win control over his sleep apnea, but he knows the journey isn’t done just yet.

Facebook / Jacob Miller“It’s a lifestyle change, you have to change pretty much everything about you, but it’s a change for the better. You have to work for it,” he says.The difference is there for all to see, so we hope and pray that he stays as motivated as he is now!Hopefully, Jacob can one day live a healthy, happy life.Like and share this article to wish him the best of luck. Help us spread his encouraging story.