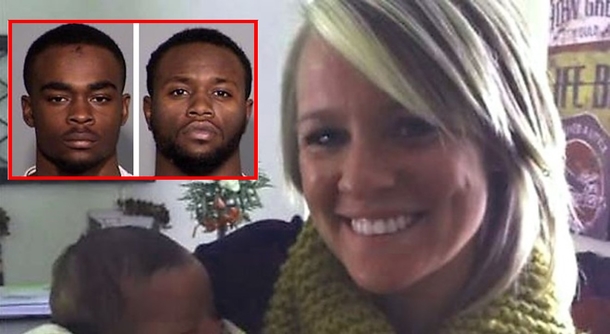 The beautiful mother of a young baby was home alone with her child when she heard a rustle downstairs. Curious, the young mother went to see what was going on, and what happened after would change everything.

You may have already heard about Amanda Blackburn, the pregnant wife of Indianapolis pastor Davey Blackburn, who was ruthlessly murdered in her home, sparking a manhunt throughout the city. Well, not only have arrests been made in the case, but horrific details have emerged about what happened inside of her home on the day Amanda was murdered, and they’re utterly disturbing.

ABC7 reports that 21-year-old Jalen E. Watson of Indianapolis and 18-year-old Larry Jo Taylor Jr. were both arrested on Monday in connection with Amanda’s November 10 murder. Combined, the two feral thugs face at least 23 charges for what they did the day they mercilessly killed the 13-week pregnant woman, and authorities are still searching for a third man they believe to be involved in the heinous crime.

According to ABC News, 28-year-old Amanda was home alone in early November when the two animals walked in through the front door, which was left unlocked by her husband when he left for the gym. When Amanda confronted the two savages, she was shot once in the torso, and things only got worse from there. 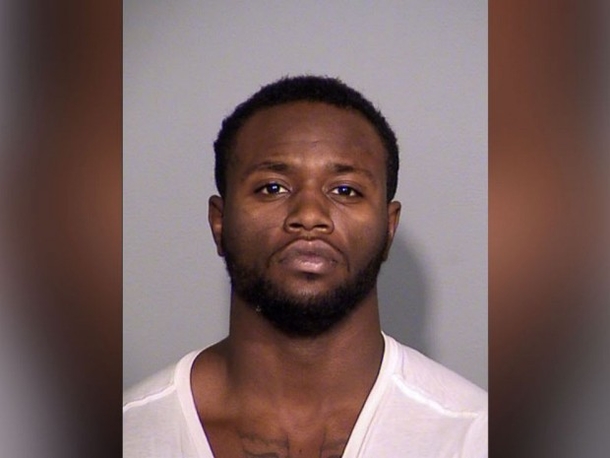 More on the incident from ABC:
The probable cause affidavit includes more details of Taylor’s account of what allegedly happened.
“Taylor stated she charged at him and he shot (her) somewhere in the upper body so he would not be scratched. Taylor then told them that he leaned over her body and shot her in the back of the head. He leaned further, looked at her face, and watched her bleed,” the affidavit says.
Police reported that Blackburn was shot three times: in her left arm, upper back and head.

The affidavit says that Amanda’s husband Davey Blackburn confirmed to police that he had left the front door to the house unlocked when he left for the gym that morning. Blackburn and all relatives were ruled out as suspects early on in the case.

The complaint states that when her husband found her, “she was nude with her panties next to her and her shirt pulled up as if someone tried to pull it off; however, it was not clear Blackburn had been sexually assaulted.”

While Amanda’s body was nearly naked, and there was obvious indications of some sort of sexual assault, no such charges were filed against either of the “men.” Luckily, her young child was upstairs, untouched. Amanda, on the other hand, was rushed to the hospital after Davey found her unconscious in their home, but she succumbed to her wounds the following day. Upon hearing the news of the arrests, a grieving Davey released a statement praising the work of police in tracking down the suspects. 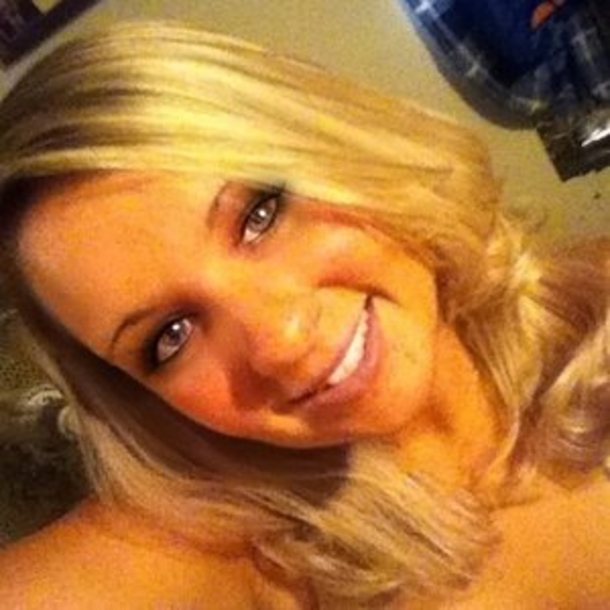 “Though it does not undo the pain we are feeling, I was extremely relieved to get the news of the arrest made last night of Amanda’s killer,” he said.
Davey and Amanda moved to Indianapolis from South Carolina in 2012 to start the Resonate Church, and it’s safe to say they never imagined anything like this happening.

I can’t even begin to imagine the pain felt by him, knowing he lost both the love of his life and their unborn child to three utterly worthless animals, who found their way out of the hood. This incident is the direct result of savage filth being produced by our nation’s ghettos, and such horrific stories are becoming an all too common theme in the news, but it’s too bad the media doesn’t ever want to touch them.

For anybody to have such little regard for life, especially the life of a pregnant woman, is so far beyond reprehensible, there’s not even words to describe it. These pieces of shit deserve nothing less than lethal injections. In fact, if it were up to me, they’d be strung up from a tree and allowed to swing until the life slowly worked its way out of them. Call me a racist, I don’t care. I’m tired of hearing about tragedies like this and tired of the media failing to report about them because they don’t fit their narrative.
They say black lives matter, right? Well after what they did, these three don’t, and not a single one of them should be allowed to rob any more valuable oxygen from the rest of us.