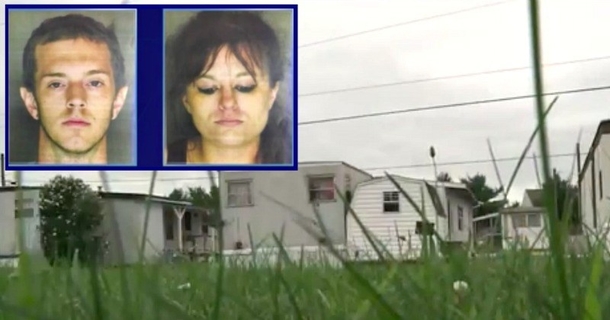 After being left home alone for hours, a curious Pennsylvania kid went searching for something in his parent’s bedroom but uncovered much more than he was hoping for. Horrified with the disgusting secret they had been keeping, he hatched a plan and took matters into his own hands to ensure they got what they deserved.

The unnamed 10-year-old child from Dover Township was fed up with his parents, but it wasn’t for the typical reason of being punished or told he couldn’t watch television. He knew there was something more going on behind closed doors. After being left alone at home yet again, as it was a regular occurrence, he decided to investigate his suspicions.

As the only child of two dysfunctional parents, 27-year-old Lakin Michelle Stoppard and 26-year-old Anthony Edward Young II, the boy was often the only one to act as an adult in his house. All he wanted was for the two scumbags who brought him into this world to care for him, but they were incapable of doing so since they chose drugs over their son. He knew that they were high all of the time and begged his dad to stop, but his mother always defended him and their drug use, according to YDR.com.

After he gave them so many options to change their ways and they wouldn’t, he found all that he needed to know in their bedroom and called the police. Investigators in York County came to the home on the child’s call that he found syringes belonging to his parents. When he showed them where they kept their stash in the bedroom nightstand, officers uncovered eight syringes, one glass crack pipe, four packets of heroin, and several other drug-related items, all accessible to the child. 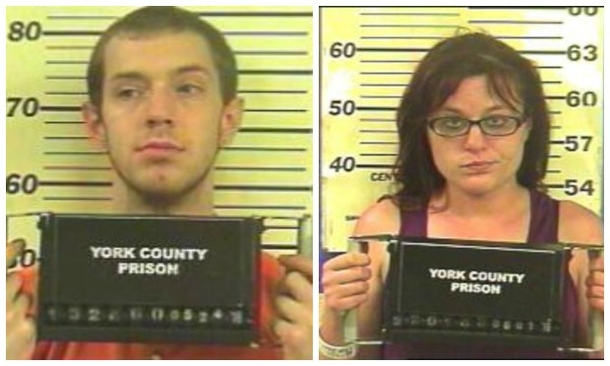 Police called Young at about 9 p.m. and asked that he and Stoppard come home, but he refused, so they went searching and found Stoppard alone and stumbling incoherently across a field. When confronted by officers, she shouted obscenities and police observed her “glazed eyes, constricted pupils, raspy speech, and poor balance,” WGAL reported. Young was found later and arrested.
Both parents were booked into jail on a litany of charges, but the father has since bonded out on $7,500 bail. Stoppard still remains locked up.

The brave boy was placed into the custody of York County Children and Youth Services, which he knew would happen when he called the police but decided it was a better option than where he had been living. It took this child taking matters into his own hands to get protective services to do their job. All he wanted was to be rescued and put in a safe place. He did that for himself after every adult failed him, leaving him without any other choice.