A 15-month-old was treated for dehydration and malnourishment after being alone for at least three days after her grandmother unexpectedly passed away.

The girl’s mother, Tracy Ineichen, was imprisoned at the Blount County Detention Center at the time, WBIR reports. She became concerned when her mother, Annette Ineichen, didn’t show up for visitation and she hadn’t heard from her for a week.

Anthony Waldo, Tracy’s boyfriend, said she called him to ask if he could go to the house to check on her daughter, Brier Ineichen.
“I got a phone call from Tracy saying something’s wrong … something’s very wrong,” Waldo told WVLT.

According to WBIR, the police report stated that the glass door to the house was locked, but Waldo could see the toddler in her crib “with her arms out, crying for attention.” Several dogs were running around the house as well. He called police, then the baby’s mother.
“Brier was in her crib and she stood up, heard my voice and kind of reached out to me,” Waldo said. “I told Tracy, ‘I see Brier,’ and she said, ‘Break that door down.'”

He forced his way into the house and went to retrieve Brier from the crib. She was reportedly weak with swollen lips and reeked of urine.
“When I grabbed her, she just couldn’t hold her head up,” Waldo said. “She was just hugging on me and collapsed on me.”
When he went to look for the child’s grandmother, he noticed that something was preventing the bathroom door from opening all the way. Waldo said he could see an arm or leg on the floor through the small crack.

He went outside to wait for police.

“We found [Annette] on November 14th, so doing that math, we know it could’ve been up to seven days,” Maryville Police Chief Tony Crisp told WBIR. “Based on the condition of the body, we think somewhere between three and five days, but that’s just a speculation for now.”
A GoFundMe account has been set up to help care for Brier and to cover Annette’s funeral expenses. 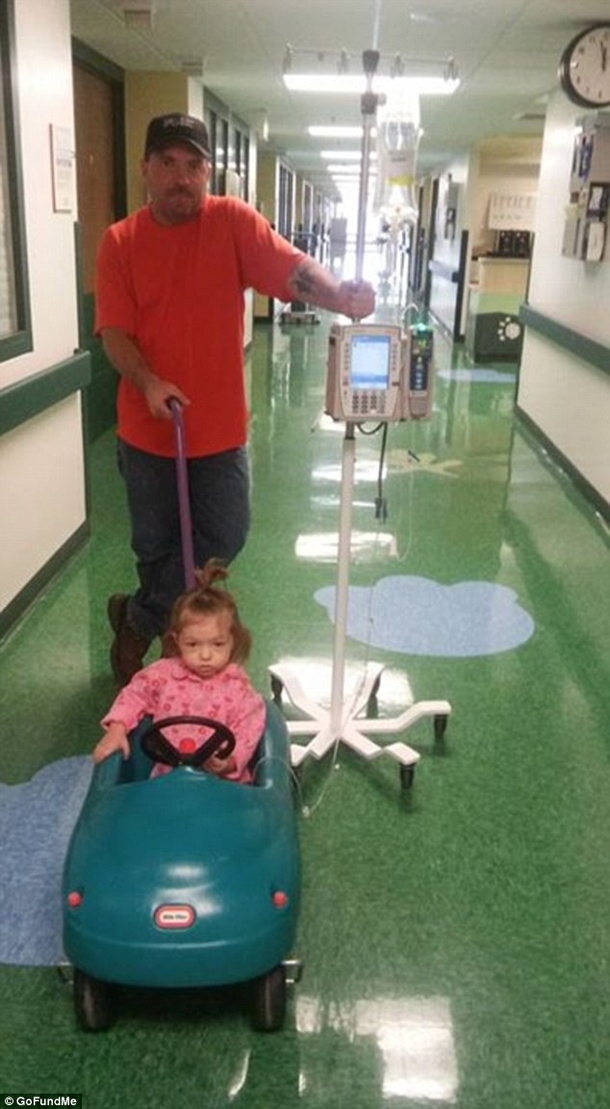 Waldo said he has been at the child’s bedside as she recovers at the hospital.
“I’m basically like her godfather,” he told WVLT. “Throughout her whole life, her short little fifteen months that she’s been here, I’ve tried to help her out.”