Home » Boy’s Soldier Father Died Defending Our Country, 15 Years Later, A Gift From The Past Surprises Everyone 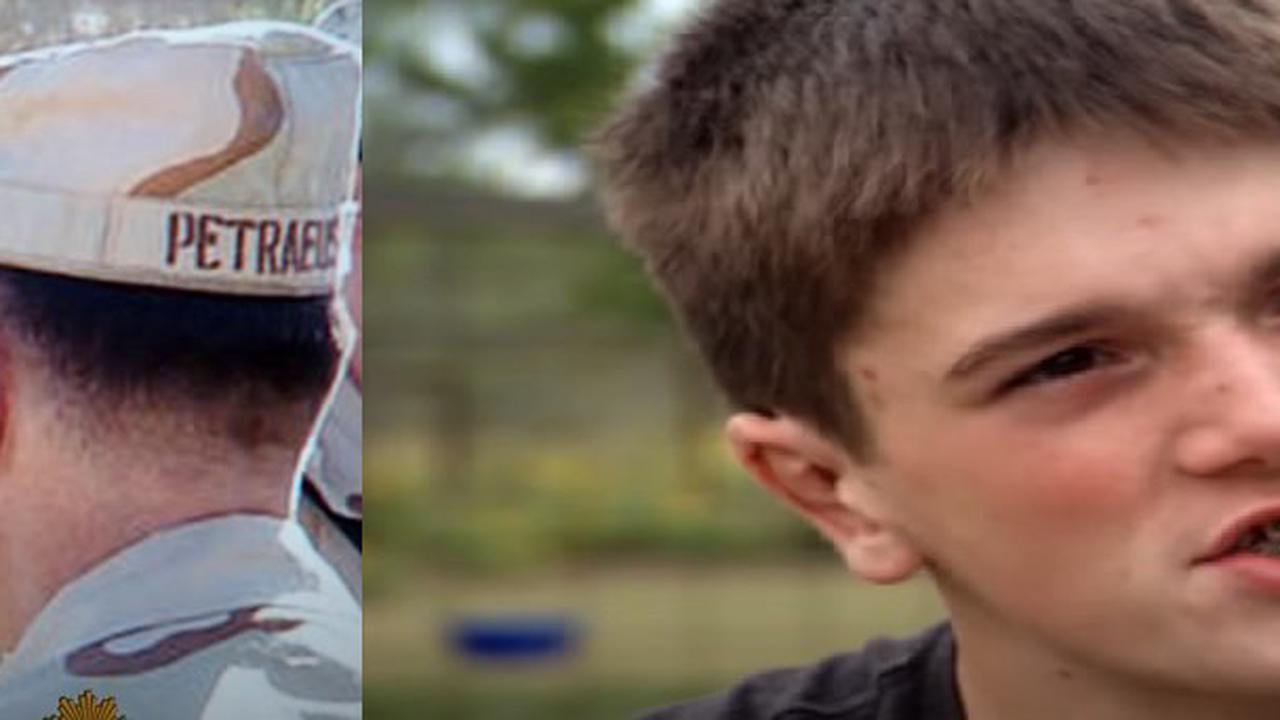 Boy’s Soldier Father Died Defending Our Country, 15 Years Later, A Gift From The Past Surprises Everyone

For those who have a military family know that dealing with this comes with much stress. When a mother, father or song is deployed, they realize that their life is in danger. Their safety or safe return is not a promise. This was the case for Army 1st Lt. Jonathan Rozier went overseas to serve America and fight for Democracy and freedom, he left behind his son Justin Rozier and his wife, Jessica Johns.

At the time, Justin was only nine months old. He was a little baby and didn’t know much about the world. But his father, Jonathan, was making him proud fighting for his country and fighting to guarantee that his boy could grow up in a free world.

But Jonathan was killed in the line of duty. Jessica managed to talk to him twelve hours before he died. It was a momentous conversation. Jessica told Jonathan all about how his son was doing. He was growing and learning and being a good boy. Jonathan was overjoyed to hear about his son and to hear from his wife. The conversation would be the last memory Jessica had of Jonathan. And it was a good one.
While Justin never had a chance to know his father, he heard about his courage.

But after his death, life was a struggle for Jessica. She returned her husband’s 1999 Toyota Celica convertible. She started to pick up the piece of their life in Texas. She sold the vehicle and felt, at least partly, that she was letting her husband down. But she needed the money, and no one was using the extra vehicle.

Fifteen years later, Jessica got a wonderful surprise. Justin had been staying up late researching his father. While he possessed his father’s dog tags, memorabilia, and photos, he wanted more. He wanted something that his father had loved in life. Justin wanted that 1999 Toyota Celica convertible.

That’s when Jessica decided to get involved. She started hunting down the car that she had sold those years before. She opened up about her search on social media. She knew it was a long shot, but it worked. She was put in touch with the new owner of the car and made a connection. When he heard her story about Jonathan and Justin’s desire to have his soldier dad’s old car, she made an offer the new owner couldn’t refuse.

He agreed to sell it. But now Jessica met another obstacle. She didn’t have the money to buy it.
Kyle Fox and his non-profit Follow the Flag stepped in to help this military widow. He drummed up the money from other concerned citizens, and then he found a crew to get the car ready to hit the open road.

On Justin’s 16th birthday, he got the car. Watch the video to see his tearful reaction.