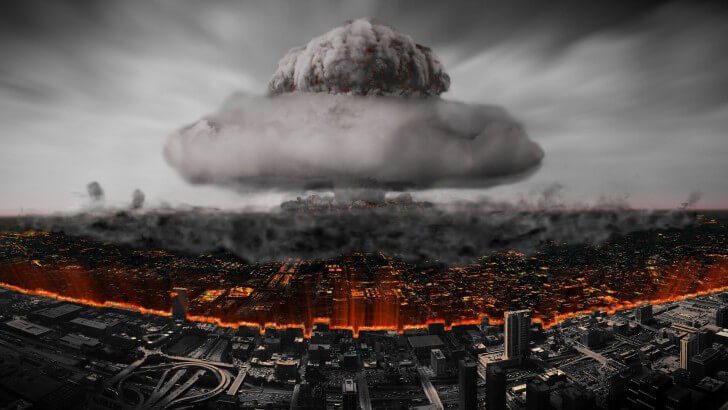 The Biden Administration appears to be bracing for something big.

This comes just as Biden himself allegedly warned that the United States could be on the brink of nuclear “Armageddon.”

The Department of Health and Human Services announced that it had purchased an FDA-approved drug called Nplate, which can be used to “treat blood cell injuries that accompany acute radiation syndrome in adult and pediatric patients.”

Biden and his administration would have you believe that the purchase of the drug is unrelated, but somehow I wouldn’t hold my breath on that.

Many different theories are floating around online as to the true purpose of the purchase..

Our friends at the New York Post reported on the large purchase:

The Biden administration bought $290 million of anti-radiation drugs this week as the president warned of “the prospect of Armageddon” being sparked by warmongering Russian leader Vladimir Putin.

The Department of Health and Human Services (HHS) confirmed that the major supply of Nplate was part of “ongoing efforts to be better prepared to save lives following radiological and nuclear emergencies.”

The drug — which can be used on kids as well as adults — is “approved to treat blood cell injuries that accompany acute radiation syndrome [ARS] in adult and pediatric patients,” the department said in Tuesday’s announcement.

The Biden administration is purchasing a drug supply to treat radiation sickness, the Department of Health and Human Services (HHS) announced.

The acquisition comes at a time when Russia President Vladimir Putin is threatening to use nuclear weapons during his country’s war in Ukraine.

Putin late last month warned the West that he isn’t bluffing over using all the means at his disposal to protect Russia’s territory, in what appeared to be a veiled reference to Russia’s nuclear capability.

The Biden Administration insists that the purchase is not related to Putin’s threats.

Somehow, it’s difficult to take them at their word though.

Still, others have brought forth their own theories as to what this purchase actually means