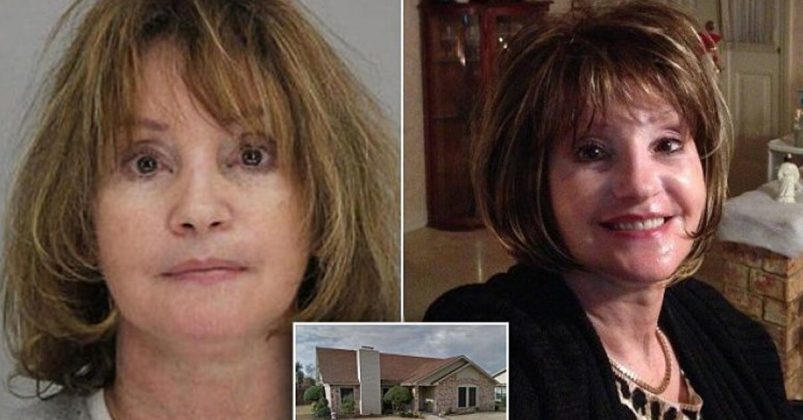 It is a parent’s worse nightmare that their child might be in harm’s way when they are left with a caregiver.

Most of the time caregivers are generous people who treat the children that they are entrusted with.

However, there are definitely some bad apples out there as well, and a father recently caught one in the act.

The dad had become concerned that his six-month old child was not being properly cared for by the sixty year old babysitter that had been hired to watch over the child.

He was so suspicious that he decided to install a monitoring camera on the child before dropping them off at daycare.

The camera was concealed so as to capture the true experience that the child was going through. What the camera footage captured was haunting.

The caregiver yanks the child out of a crib with far too much force and then proceeds to fed the baby through a syringe.

The substance that was being fed to the child is as of yet unknown.

It didn’t take long for the father to spring into action. He contacted the police immediately and asked them to investigate.

Police responded to the scene and found many other gruesome sights at the scene of the daycare.

These sights included at least four children tied up in car seats with ties around their necks in the master bedroom of the house and other children tucked away in closets.

None of the children had been killed, but they doubtlessly have faced physical and mental damage as a result of what has happened to them.

Police arrested the caregiver immediately and charged her with nine counts of endangering a child. She will not be permitted to care for children ever again.

She later admitted to police that she would tie the children up in their car seats and force-fed them Tylenol to make them sleep and be quiet.

She is currently awaiting trial in jail and has a $45,000 bond set for her release.

The local police are asking anyone who has ever used her services before to please come forward with any additional details that they may be able to provide.