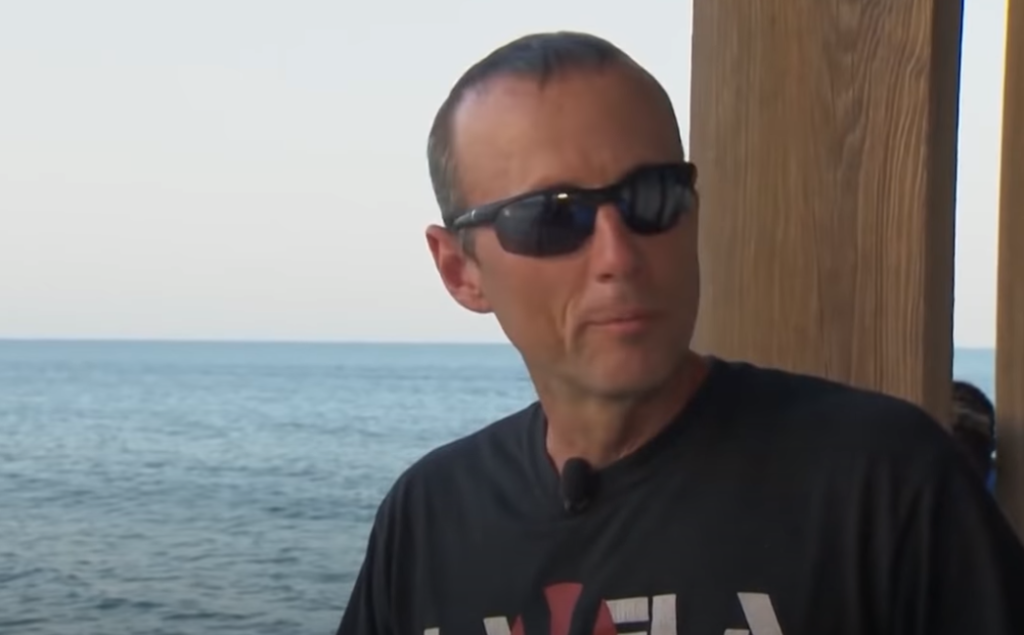 Swimming is a recommended sport. In practical aspects, it is an effective exercise to lose weight. Learning how to swim will give everyone a couple of practical and health benefits that will promote the enjoyment and charm of swimming.

And the good part about learning how to do it is that it guarantees survival when the situation arises. There’s one thing to keep in mind though. Learning how to swim must be done in a controlled environment and with a swimming expert. This activity poses risks and must not be done without professional supervision. But what if people would learn how to swim hard in a different way?

How would they take it? Who knows how things could end up? This is exactly what today’s story is all about. Daytona Beach Pier, also known as the Main Street Pier, has been an iconic landmark in Daytona Beach since 1925. At 1000ft, it is centrally located along the Daytona Beach Boardwalk and is open every day.

It was Monday night when John Bloodsworth, 37, took his son to the Main Street Pier. Everyone was busy doing their own thing, but Bloodsworth and his son couldn’t help but catch their attention. The people nearby couldn’t concentrate when they saw the two of them doing a rather odd activity until suddenly one lady came up and approached Bloodsworth. Mitch was eating dinner on the Main Street Pier in Daytona Beach, Florida when she noticed a child in the water down below. The little kid was out there by himself, completely by himself, and there was nobody around, not even a single adult.

According to Mitch, she said, I can’t take this anymore. So she went down to the Pier, down to the shore and confronted Bloodsworth herself, Mitch Brown, a former Georgia state trooper, told a local news channel outlet. Mitch knew that it was illegal to jump off the Pier. That was why she followed her gut feeling and stood up to take the necessary actions. The five-year-old boy struggled to stay afloat in the deep water while his father, John Bloodsworth, repeatedly jumped off the Pier and even forced his son into the waves while yelling at him to learn how to swim.

It happened multiple times, and that’s why Mitch came to the rescue. The kid was already visibly upset and crying, and he did not want to be there. Mitch hurriedly walked up to John and brought him to a Daytona Beach local officer. Sure enough, John was put into custody. He then claimed that he was teaching his son how to swim.

But Mitch had some doubts about the man’s intentions. The moment she looked at the kid, she felt something was wrong while John was being interrogated he said that he was going to jail for being awesome and planned on coming back to the Pier to jump off every day.

The cops further stated that they noticed that he was intoxicated as his speech was slurred and his breath smelled like alcohol him saying that he had consumed four to five beers before taking his son to the beach. No lifeguards were on duty at that time and a Fellowship County Beach safety ocean rescue officer noted that swimming in the area was prohibited as it was too close to the Pier and that there was a moderate risk of rip currents.

John Bloodsworth faced two charges with giving his son very poor treatment as the primary charge and disorderly intoxication in public as the second but then he posted bond and was released the following day.

Thankfully, Mitch was right there at the right place at the right time to do something. There’s always a better way how we can teach children how to swim. What happened to John’s son was indeed a traumatizing experience. If Mitch was not there to stop John and rescue the kid things might eventually end up much differently.