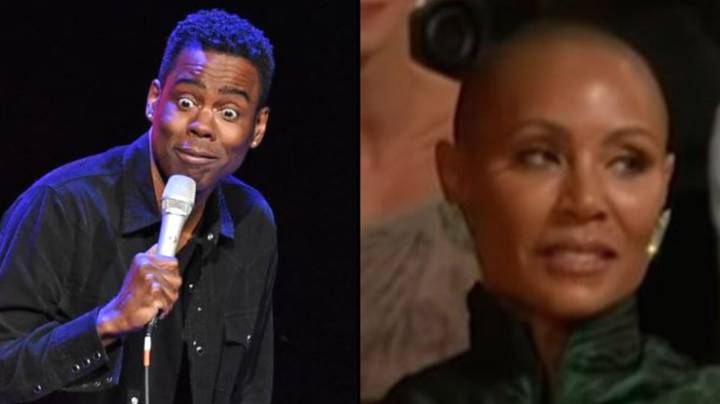 Chris Rock has responded to the jab at Jada Pinkett Smith that earned Will Smith the historic Oscar smack. If you’d like, you can relive the slap here:

You’ve probably seen the scene where Smith stormed the stage, smacked Rock in the face, then sat back down and yelled, “Keep my wife’s name out of your f**king mouth,” unless you spent part of this year living under a rock.

He reacted inappropriately after Rock made a joke about Smith’s wife’s shaved head and compared it to GI Jane.

Rock, 57, had been rather silent about the matter up until now, but he has now opened up as he begins his UK tour with fellow comedian Dave Chapelle.

When Chapelle inquired about how painful the blow was, he responded, “God darn right… The nicest joke I’ve ever told was a bulls**t joke, and the motherf***er punched me for it.

He reportedly stated, “A lot of people forget who Will Smith is,” as reported by TMZ. Then, 10 minutes before receiving the largest prize, he pretended to be in Philadelphia.

Will pretended to be a flawless person for 30 years before tearing his mask off to reveal that he was just as hideous as the rest of us.

“Whatever the results are… I wish he would remove the mask and allow his actual face to breathe. In both men, I recognize myself.

He stated: “I’ve gone out to Chris and the message that came back is that he’s not ready to chat and when he is, he’ll contact out,” in a video that was posted to YouTube at the time.

“I’ll just say to you, Chris, that I’m sorry, that my behavior was wrong, and that I’m available anytime you’re ready to talk.

“I’ve spent the last three months recreating that event and trying to understand all of its subtleties and intricacies, but I’m not going to try to do that right now.

“But I can assure you all that no part of me believes it was the appropriate course of action at the time.

There is no part of me that believes that is the best response to being treated disrespectfully or insulted.