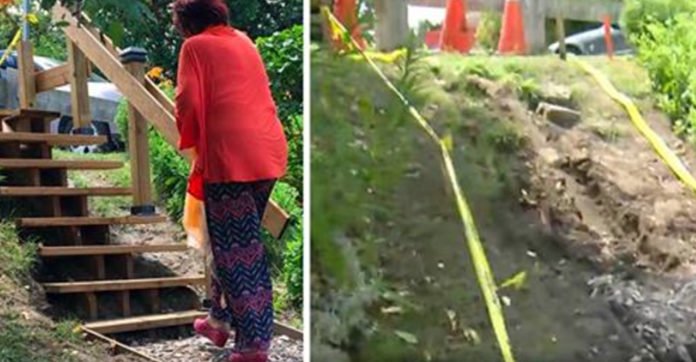 Everyone in a neighborhood in west Toronto was thrilled to get a community garden. The garden would be put in Tom Riley Park, which is visited by many people in the area, especially senior citizens. The only problem was that there was no staircase that led down to the garden and the seniors were having trouble reaching it.

Several people had fallen, and one person broke both their hands! The city council told a local senior, Adi Astl, that a staircase would cost the city between $65,000 and $150,000!

Astl, 73, told TODAY that asking for $150,000 was a ridiculous price – they only needed eight steps! Astl and his wife visited Tom Riley park every day and decided to do something to help out his fellow citizens.