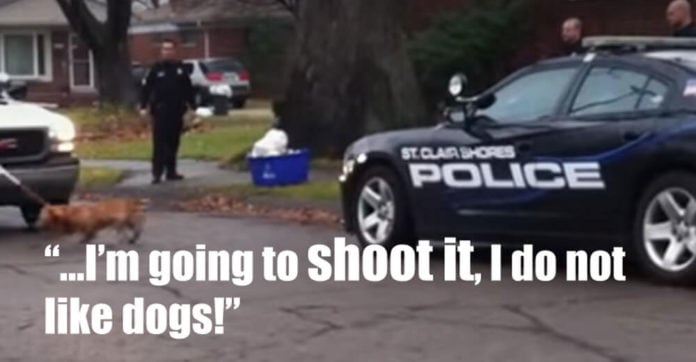 The police that patrol our neighborhoods are there to protect and serve, but several officers from St. Claire Shores failed miserably on both accounts. Lexie, a lab mix had been left outside accidentally by an ailing elderly man. Lexie wanted to come back in, so she started barking. Sadly, some intolerant neighbors called the police and reported her barking as a noise disturbance.

The police showed up, and instead of helping the elderly man get Lexie back in the house, they shot Lexie several times. The ‘brave’ men in blue said the 45-pound dog rushed at them and they had no choice but to shoot her dead. However, witnesses to the shooting disagreed with their account.

Lexie was actually cowering near the house when she was killed. It is too bad that the neighbors called the police in the first place. Let us all be more tolerant and less willing to report people. Share away, people.