Home » Cops Get An Emergency Call About A Baby. When They Arrive, They See The Teeth Marks First. 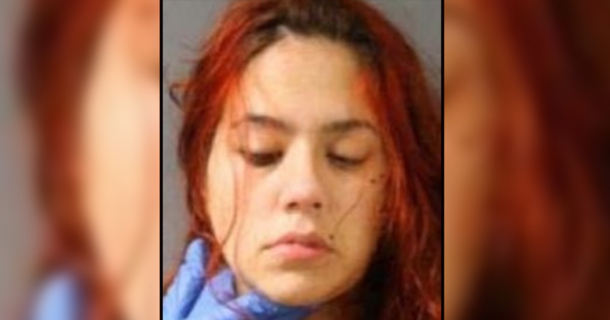 Cops Get An Emergency Call About A Baby. When They Arrive, They See The Teeth Marks First.

A young Texas mom was arrested Monday after her 6-week-old baby had to be rushed to the hospital because she wouldn’t stop biting the newborn.

24-year-old Dawn Elizabeth Greene, of Highlands, is facing several charges for allegedly biting her baby boy repeatedly, hitting him with an unknown object, and throwing him to the ground for no reason.

Deputies said it wasn’t even Greene who called 911. Relatives of the mother contacted authorities when they started becoming worried about the baby’s welfare.

Authorities arrived to a shocking sight—Greene passed out next to her bleeding newborn. The baby boy reportedly had bruises and deep teeth marks all over his body.

The little boy’s father, Dustin Autrey, actually seemed to defend Greene in front of reporters—even after he learned what she had done.
“It’s just when she’s drunk, she gets like that,” Autrey said.

The newborn was rushed to a Houston hospital via Life Flight and is currently being treated for his multiple injuries at Memorial Hermann Hospital.

According to court documents, Greene’s hands and teeth were classified as deadly weapons after she was arrested. “He had internal bleeding in the head, bruises on his back and head and bite marks on his leg,” Autrey said.

Since the little boy was born, Autrey told reporters he has been fighting for custody of his son, but his name was never on the birth certificate.

The devastated father was supposed to see his newborn over the weekend, but Greene reportedly made various excuses before admitting that she didn’t want Autrey to see how she hurt their son.

“She kind of mumbled that she bit him,” said Autrey. “It’s been one of my biggest fears because she did it to me.”
What are your thoughts? Let us know in the comments!