Home » Couple Involved In Deadly Crash; Seconds Before, Something Happens That Saves Their Lives 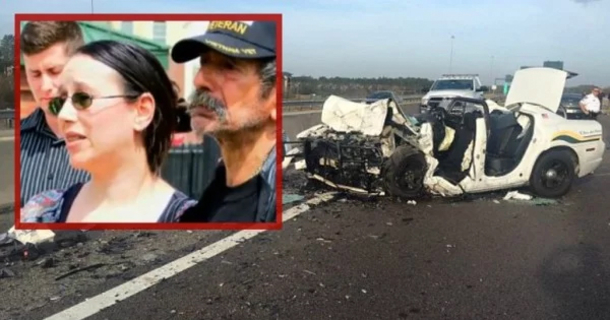 Couple Involved In Deadly Crash; Seconds Before, Something Happens That Saves Their Lives

Sarah Geren was going home with her boyfriend after getting off work earlier than expected on a Saturday morning. They were driving on a freeway in Florida when suddenly they saw another car barreling in their direction.

With only a few seconds to react, Geren unfortunately wasn’t able to manuever fast enough. Fortunately something happened that saved both of their lives. However, they only realized it after what would later be found at the scene.

Geren told WFLA that everything happened so quickly. In what seemed like a split second, the oncoming driver, identified as 31-year-old Erik McBeth, was suddenly in their lane, traveling in the wrong direction and heading straight for them. All she could think to do was flash her headlights to alert him of the dangerous mistake he was making. Instead of McBeth changing course, he accelerated.

The couple frantically called 911 moments before pulling over to the side of the road to get away from this man’s path of death. They hadn’t even made it all the way to the side when a flash of white came around their car and got in front of them. It was the patrol car of 30-year-old Hillsborough County Sheriff’s Deputy John Robert Kotfila Jr., who saw what was imminent death and made a decision.

“I started to pull over to the side of the road, but that hadn’t even occurred all the way when the officer rushed around me… one or two seconds after he passed me, he hit the car, instead of me,” Geren explained.

Kotfila acted as a human shield for this couple, who he never had a chance to meet and never will. He died at the scene after taking the impact so that these two strangers didn’t, all out of complete selflessness. 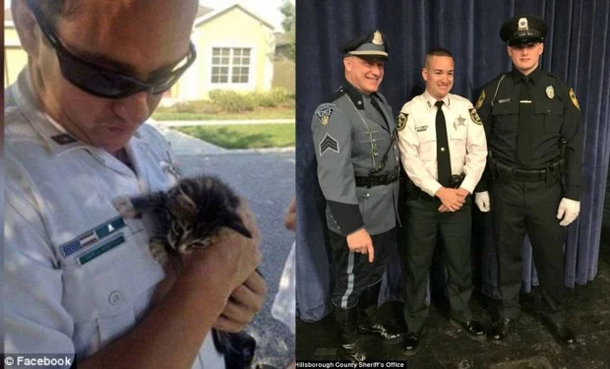 “He definitely saw what was going on,” Geren recalled of those crucial seconds, explaining that what this hero cop did was definitely an intentional act. “When I take a step back and look at the way everything occurred, he absolutely was a human shield for us.”

McBeth also died in the senseless collision that he caused, which is still under investigation to determine if he was under the influence of drugs or alcohol.

Please share the story and tell us what you think!