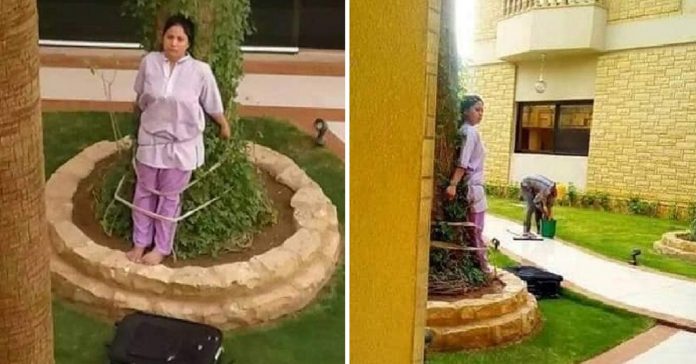 Saudi Arabia is one of the world’s most conservative countries.

Just last year, for example, women gained the right to drive vehicles for the first time in the country’s history.

According to the World Economic Forum, Saudi Arabia ranked 141st out of 144 contending countries in terms of gender inequality as part of its 2016 Global Gender Gap Report.

In other words, women have it worse in Saudi Arabia than all countries on planet Earth except for three others.

Another right that Saudi Arabian women recently gained was the right to vote in elections, something that King Abdullah wrote into Saudi Arabian lawbooks in 2011.

King Abdullah also made it possible for female residents of the country to be elected to the Consultative Assembly, a panel of politicians who collectively advise the monarchy on what directions to take in governance and regulation.

To put it simply, Saudi Arabian men get away with a lot of bad deeds carried out against their female counterparts.

Take, for example, the following case.

Lovely Acosta Baruelo, a 26-year-old filipino worker who was living in Saudi Arabia earlier this year to be open to greater economic opportunities than she had back home in the Philippines.

Just last week, a pair of pictures featuring Baruelo tied to a tree made their rounds on social media platforms around the globe. According to the story, Baruelo has made her employers mad.

The employers, who were part of one of the most wealthy families in Riyadh, the capital of Saudi Arabia, tied her to a tree after she left an expensive table out in the hot summer sunlight for several hours.

One of Baruelo’s coworkers, who had also worked for the aforementioned family, shared on social media that the wealthy family members would physically harm Baruelo and herself for not performing up to par.