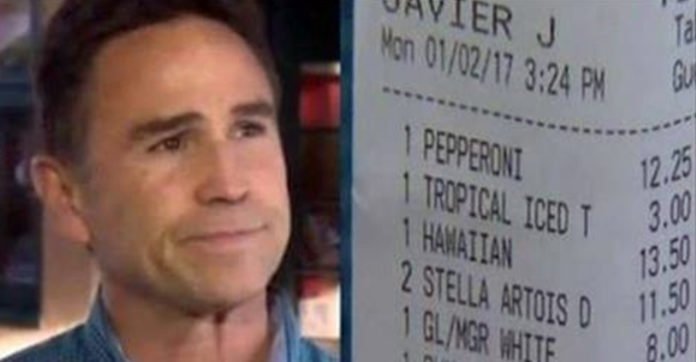 The minimum wage has gone up from $10.00 to $10.50 an hour in California! That is good news for those people earning minimum wage, but bad news for diners who now get an extra surcharge added to their bill! Julian Gallardo and his family were enjoying pizza at Liberty Station Sammy’s Woodfired Pizza located in sunny San Diego when he saw an extra $3.00 had been added to his bill.

Gallardo’s biggest complaint was that he wasn’t told abbot the surcharge – it just appeared on his bill. The California Department of Industrial Relations says the state minimum wage will go up every Janu until 2023, at which time the minimum wage will be $15 per hour. Any full-time employee not paying minimum wage can file charges against their employer.

Many companies across the company are adding surcharges or fees to offset the increases. Share away, people.