Home » Dad Takes Daughter’s Phone To Teach Her A Lesson. Hours Later, He Gets A Shocking Knock On Door 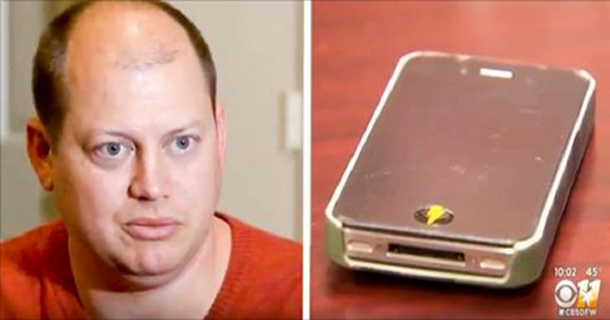 Dad Takes Daughter’s Phone To Teach Her A Lesson. Hours Later, He Gets A Shocking Knock On Door

Ronald Jackson wasn’t happy with the text messages his 12-year-old daughter was sending, so, like many parents would do in that situation, he confiscated the phone. Hours later, at roughly 2 a.m., a knock came at the door — it was the Grand Prairie police.

CBS Dallas/Fort Worth reports that Jackson was then arrested on charges of theft.

Jackson explains that in taking his daughter’s phone away, he was just “being a parent.” When he found “rude” messages that his daughter had been sending about a peer, he did what he thought was right.

“You tell them what they did wrong and you give them a punishment to show that they shouldn’t be doing that,” he told CBS about his 2013 actions.

But the mother of his child, Michelle Steppe, didn’t seem to agree with the punishment. She was the one to call police after her daughter’s phone had been taken away, WFAA News reports. Because Steppe purchased the phone for her daughter, she believed that in taking it away, Jackson had committed theft. It’s worth noting that Steppe is now married to a Grand Prairie police officer. She maintains that she and Jackson were never married.

Jackson was arrested back in 2013. Now, years later, he’s finally been cleared of the charges. He was found not guilty as a result of insufficient evidence. His daughter testified in court, though Steppe insists it was the “last thing as a mother I wanted my daughter to go through.”

Now, Jackson tells WFAA that he can no longer have a relationship with his daughter and her mother. “I have to separate myself from them,” he told the news outlet.

Cameron Gray, Jackson’s attorney, says he plans to file a “federal complaint for civil rights violations” in response to the way local police treated his client.

Meanwhile, Jackson is still in possession of the phone.