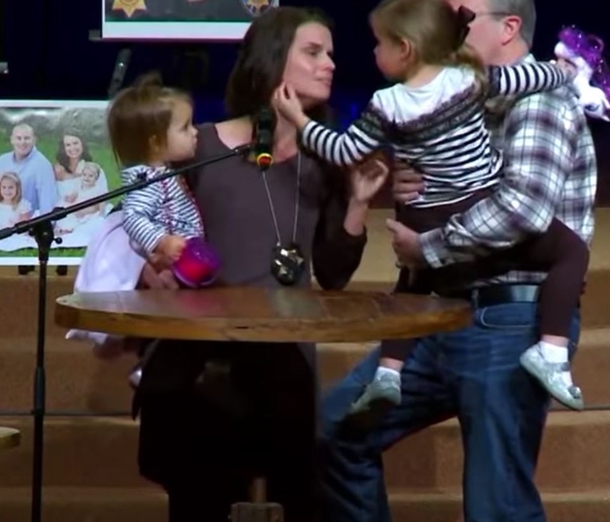 Daughter Of Slain Cop Interrupts Service. Gives Special Message To Mom That Brings Everyone To Tears

For those men and women who decided to serve their community as cops, the rewards of making a difference can come at a major personal risk of being front and center in moments of terror.

For Gracie Parrish, wife of 29-year-old Deputy Zackari Parrish of Castle Rock Police Department in Denver, Colorado, that risk has unfortunately become all too real…

On the last day of 2017, while on night shift, Zack responded to a domestic dispute call at an apartment complex along with at least four other deputies.

But things quickly escalated from bad to worse when Matthew Riehl, the man causing the disturbance, open fired at the police officers as they were approaching his apartment. The incident left four deputies seriously injured, and Zack fatally shot. 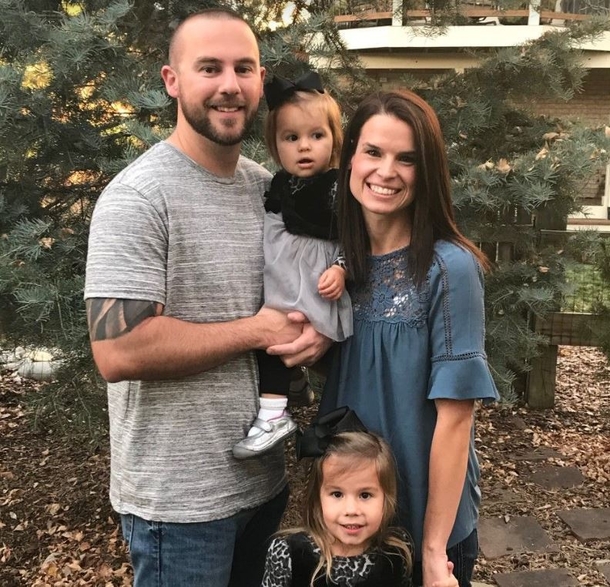 At the vigil service honoring Zack, there was no shortage of colleagues and friends who, at the request of Gracie, shared personal stories showing just what a dedicated man Zack was both professionally and personally.

Gracie, along with her two young daughters, also took the stage – but talking through such a big loss didn’t come easy. In that moment of sadness however, also came the reminder that all is not lost! As Gracie was struggling to share her thoughts, her older daughter leaned in with some advice.

In a video shared by KUSA-TV, the 4-year-old is heard telling her mother that:
“It’s OK mama, It’s OK. Just be happy.”

In a way only children can, the girl had found a way to look past the adversity and focus on exactly what her father would have wanted Gracie to do during this hard time. A more perfect piece of advice probably doesn’t exist.

Gracie, who was so moved, couldn’t help but add that:
“I am overwhelmed by the love and support of the community and of the nation. Never in my world would I have imagined this. I am going to raise my girls to love you.”

The overwhelming support that Gracie speaks of not only showed up in the sympathy she received, but also in the more than $285,000 – which has been raised for her family via a Go Fund Me account.
Here is the moving video of a daughter saying just what her mama needed to hear!