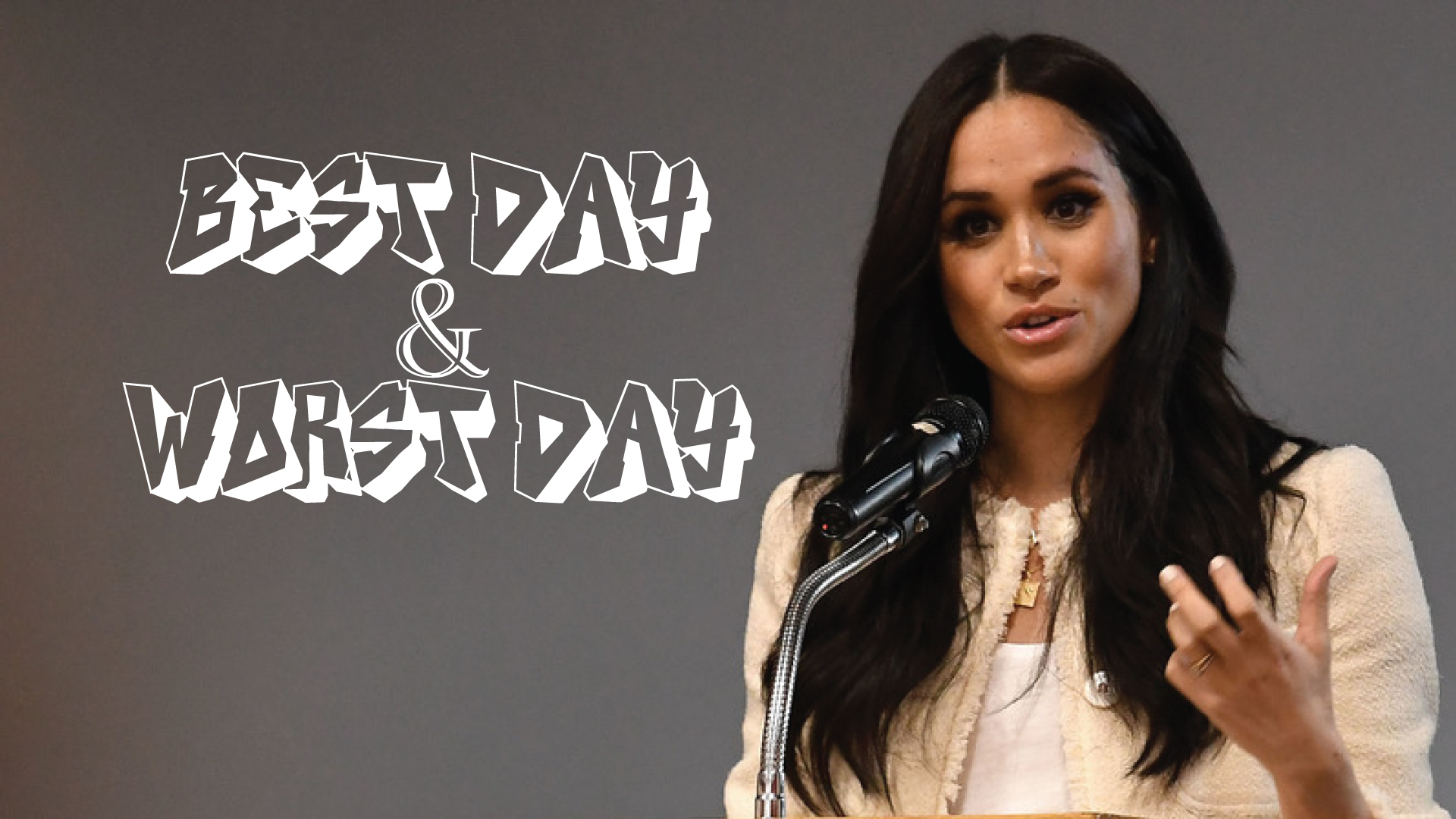 Anyone who is a fan of the royal family knows that Meghan Markle’s life has been full of ups and downs. The public has followed Meghan as she embarked on the difficult process of becoming a member of the royal family, from the dizzying heights of her wedding day to the horrible lows of her miscarriage day.

One thing is certain: It’s not always easy to be a member of The Firm. This is abundantly clear when looking at the tragic life of Princess Diana. She has had to adjust to being in the public eye almost constantly because of the press’s constant harassment of her. She also had to give up her previous life as a successful actress in the United States. However, Meghan has also had some good times in recent years despite the drawbacks of royal life. After breaking away from the royal family, she has given birth to a child and began a new life in the United States with her family. Do you want to learn more? The best and worst days of Meghan Markle’s life are listed below.

We believe it is probably safe to say that the day that Prince Harry proposed to Meghan Markle was one of the happiest days of her life. She had no idea how difficult life would be in the public eye at the time; all she knew was that she was about to marry the man she loved for the rest of her life.

The adorable account of how Harry proposed was shared by the couple in their engagement interview with the BBC in November 2017.”Just a typical night for us, it happened a few weeks ago, earlier this month, here at our cottage,” Harry said to set the scene.”Just a cosy night, it was — what were we doing — just roasting chicken,” Meghan continued. Harry abruptly dropped to one knee while they were cooking together.”It was just an incredible surprise,” Meghan recalled. It was incredibly sweet, natural, and romantic.”

“Meghan went on to explain that she almost interrupted the proposal because she was so eager to say yes.”Harry recalled, “She didn’t even let me finish.”She asked, “Can I answer “Can I answer “yes?”What a sweetie!

At the beginning of their relationship, Prince Harry and Meghan Markle were able to enjoy a fairly normal courtship, falling in love as any couple would, without the constant pressure of the paparazzi. This was the case even when the press learned that they were dating. However, everything for Meghan changed in 2016 when the relationship was revealed to the media.

After the relationship became public, the press rushed to attack Meghan, according to the BBC. It appears that Harry attacked the media immediately. Even “nightly legal battles to keep defamatory stories out of papers” were necessary for him and Meghan. Even reporters trying to enter Meghan’s house were reported.
In a now-infamous ITV interview, Meghan stated that dealing with the media quickly became one of her most challenging experiences. Her friends had warned her that “The British tabloids will destroy your life” when she started dating Harry. She ended up being right, even though she didn’t know it at the time. Her life was forever altered—sadly, not in a positive way—when they discovered her relationship with Harry.

Finding a role in Suits Before marrying into the royal family, Meghan Markle was a successful Hollywood actress. Also, before that, she was very much like some other hopeful entertainer in Hollywood. While waiting for her big break, she worked a variety of odd jobs and auditioned for pilot after the pilot.She was said to freelance as a calligrapher and even appeared on “Deal or No Deal” as a model. According to the Daily Mail, she even admitted to having lied to casting directors to obtain roles.

We believe it is safe to say that when Meghan was cast in “Suits,” she realized her dream of becoming an actor.” My mom is sitting in my trailer, on a show in which I am a lead character, and that has a viewership of more than 1.7 million,” she wrote in 2016 for Elle. It’s bizarre. We could never have imagined that this would be my existence.”The star was thrilled to have finally found success as an actress.

The final day of Meghan Markle’s South African royal tour. Throughout her time as a member of the royal family, Meghan Markle has experienced both good and bad times. Her trip to South Africa with Prince Harry appears to have been one of the most difficult experiences. She had just given birth to Archie at the time, so it was understandable that she was completely exhausted. In an ITV interview on the final day of the tour, Meghan famously admitted that she wasn’t okay and talked about her mental health.

One year later, Meghan discussed the day of the interview when she appeared on Harper’s Bazaar’s “Teenager Therapy” podcast. I was worn out on the final day of our tour in South Africa, man.” I was exhausted,” she continued, “I was just about to give Archie a bath.”She was still breastfeeding at the time,” Harry added. Archie appears to have been fed by her in between engagements. The famous interview, as Meghan went on to explain, was the result of her exhaustion; it’s safe to say that Meghan remembers that tour with mixed feelings.