Home » Doctor Is About To Deliver Woman’s Baby, But Suddenly Leaves. Mom Doesn’t Discover The Horrifying Truth Until It’s Too Late. 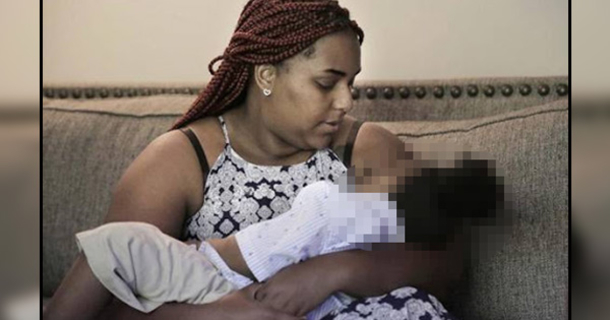 Doctor Is About To Deliver Woman’s Baby, But Suddenly Leaves. Mom Doesn’t Discover The Horrifying Truth Until It’s Too Late.

Marla Dixon was in the final stage of labor and ready to deliver a baby boy when the obstetrician arrived at her bedside at North Shore Medical Center in Miami.

It was not a high-risk pregnancy. But over the next 90 minutes, the doctor made a series of missteps that led to a tragic outcome for Dixon and her baby — and a $33.8 million malpractice judgment, according to a federal lawsuit.

According to the Miami Herald, Marla Dixon was in the final stages of her pregnancy when her obstetrician arrived to her room at North Shore Medical Center in Miami and changed the course of her baby’s future forever.

A federal lawsuit shows that the doctor left the room a number of times throughout Dixon’s labor, including once for eight full minutes to call his stockbroker.

At one point, according to the lawsuit, the doctor instructed nurses to restart a drug to strengthen Dixon’s contractions. According to the Miami Herald, the doctor even refused to perform a C-section on Dixon when it became clear that the mom-to-be needed one.
The verdict was handed down by U.S. District Judge Robert Scola in late April.

By the time the baby was delivered on Dec. 2, 2013, he was blue in the face and his limbs were limp, according to the verdict handed down by U.S. District Judge Robert Scola. It took a medical team to revive the infant, named Earl, Jr., and by then he had severe brain damage from lack of oxygen, according to the lawsuit filed by Dixon and the boy’s father, Earl Reese-Thornton, Sr.

The lawsuit, which was filed by Earl Reese-Thornton, Sr., argues that the baby, named Earl Jr., had been deprived of oxygen for so long that he was left with severe brain damage.

According to the testimony of the nurse in charge of the delivery, the doctor first tried to cover his tracks by accusing the baby’s 19-year-old mother of not pushing hard enough.

He later falsified the young mom’s medical records with a note that made it appear as if she had refused to have a C-section.
“Not one time did he apologize,” Dixon said of the doctor, Ata Atogho. “He didn’t care. He kept going on with his lies. He blamed me.”
The court’s judgment will now pay for Earl Jr.’s round-the-clock care for the rest of his life, according to the Miami Herald.

Since her son’s birth, Dixon has discovered that she was not the first mother to accuse Dr. Atogho of malpractice.
In 2013, the doctor also delivered two permanently brain damaged babies, and a third who was disabled for life, according to lawsuits filed by the three children’s mothers.

As the Miami Herald reports, in one particular case, a mother accused Dr. Atogho of rushing to deliver her daughter and using a vacuum that ended up disfiguring the baby girl.

According to court records, the baby girl’s mother, who was 17 at the time, has since agreed to settle for $92,200.
As for Dixon and Reese-Thornton, they are doing their best to care for their son together, though they separated in 2016.
“When you take him outside, it brightens up his day,” Dixon said of Earl Jr. “He shakes, but he’s shaking because he’s excited. It makes me happy.”