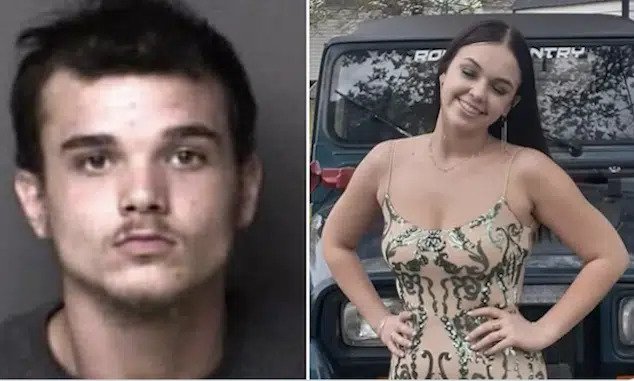 A golf cart driver alleged to have been drunk while going out for a joyride with his teen female passenger has been charged with manslaughter after the girl fell out of the passenger seat and died in North Carolina.

Derek Helms, 19, was behind the wheel of the vehicle in Mount Holly, a suburb of Charlotte, during the fatal incident last week.

Gabby Eliese Carrigan, 18, was found unconscious and not breathing when first responders arrived at the scene.

She was transported to a local hospital where she was pronounced dead the next day.

Police said several people were drinking and driving the cart at the time, Gaston Gazette reported.

Investigators believe several people were drinking and driving the golf cart in the area, including 19-year-old Derek Helms. https://t.co/nJ57GbAQ9R

What if Gabby had been drinking too?

It remained unclear if Carrigan had also been allegedly drinking when she fell off the golf cart. Which is to wonder did Gabby to some measure fall out as a result of being inebriated? And were prosecutors going too far in levying criminal charges against the teen driver?

Come Tuesday, Helms was charged with involuntary manslaughter. Helms was additionally charged with driving under the influence, felony serious injury by vehicle and reckless driving along with drinking while underage.

Of note, Helms was charged with reckless driving, driving while intoxicated and having an open container in other unrelated episodes WBTV reported.

Carrigan’s uncle Jordan created a GoFundMe while she was fighting for her life to raise funds for medical costs prior to the teen girl passing away.

At time of publishing, Wednesday afternoon, the fundraiser had acummulated over $9,256.

‘Gabby always lit up the room with her smile, she’ll be missed but never forgotten,’ said one person who donated.

Gabby was a 2022 graduate of East Gaston High School and enrolled at Gaston Community College where she’d been studying physical therapy, according to her obituary.

‘Gabby had such a wild and free loving spirit. She always had a smile for everyone and would light up a room,’ her obituary states. ‘Gabby was a kind and loving person that would give you the shirt off of her back, and even in death, continues to give as an organ donor.’

Anyone with information about the incident is encouraged to call Detective H. Dow with the Gaston County Police at 704-866-3320.

Information leading to the arrest of involved parties can result in a reward up to $1,00