Home » Drunk Teenager Kicked A Cat And Threw It Into Fire Alive, But Still Walks Free 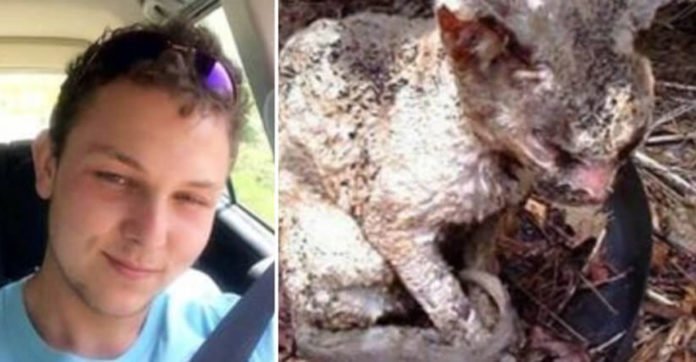 Drunk Teenager Kicked A Cat And Threw It Into Fire Alive, But Still Walks Free

A 19 year old teen named Lace Elgar got drunk and took his anger out on an innocent cat on the street.

With his steel-toe capped boots, he kicked the cat until it suffered multiple broken bone injuries.

He then proceeded to throw its limping body into a basket of flames.

Rescuers ferried the feline to the local vet, only to find that the poor thing had also sustained fractures and a broken spine, which lead to a severe case of internal bleeding.

The cat almost did not survive the incident.

Lace was furious after a heated argument with his mother, leading him to binge on alcohol and losing all control over his actions.

The teen was only slapped with a £2,380 fine, a 12-week jail term and a ban placed on him from owning any animal for the next 10 years.

That was an extremely light sentence for killing an innocent animal which did nothing to him!

Take a look at the poor cat and its abuser below:

The teen deserved more than this, don’t you think?