Home » Dying Children Discovered Inside Car By Mommy, Does Something Strange Before Rushing Them To The Hospital 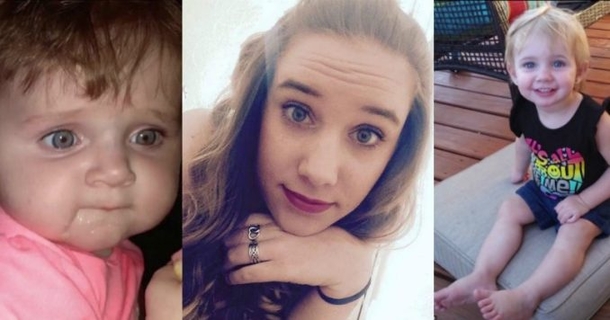 Dying Children Discovered Inside Car By Mommy, Does Something Strange Before Rushing Them To The Hospital

After a mom was doing enjoying the night with her friends, she discovers that her children were dying inside of her car. But instead of taking them to the hospital to make sure they survive, she does something that many are angered by and because of that the cops are involved.

Amanda Hawkins, 19, was the young mother of two girls, Brynn Hawkins, age one, and Addyson Overgard-Eddy, age two. Sadly, Amanda chose to go out with her friends who would soon realized her parenting skills were severely lacking.

As she was enjoying the night with her friends, her children were locked inside of her hot car and didn’t check on them until the next day – when they were unconscious and dying.

She had initially left the children alone around 9 p.m. on Tuesday night. Sadly, the helpless children cried for hours, while Amanda merely chose to ignore them and continue with her selfish behavior.

In fact, she didn’t show any signs of remorse as the night progressed, as the 16-year-old male friend she was hanging out with, as well as others, showed concern for the girls’ safety.

When she finally returned to the car around noon on Wednesday, the temperature in Texas was as high as 92 degrees, and the girls were found unconscious, according to Daily Mail. However, instead of immediately taking her dying children to get medical treatment, she decided to take quite the unusual action – she gave them a bath, according to Pix 11.

Sadly, she didn’t consider taking the children to the hospital until her male friend convinced her that Brynn and Addyson needed medical care. Unfortunately, the girls were in “grave condition” by the time she took them to Peterson Regional Medical Center – an entire day after they’d been left in the car. The doctors there immediately transferred the toddlers to the University Hospital in San Antonio, where they both eventually died.

The scumbag of a mother even lied to doctors, explaining that her kids had suddenly become unconscious after they smelled flowers at a local park. However, when police got involved, she eventually confessed to leaving her children in a hot car and ultimately killing them as a result.

“This is by far the most horrific case of child endangerment that I have seen in the 37 years that I have been in law enforcement,” Kerr County Sheriff Hierholzer said in a statement. Amanda has since been charged with two counts of abandoning or endangering a child, although police say these charges may be upgraded now that the children have died. She is currently being held on $70,000 bond.