Home » Eighth-Grader Texts Mom A Photo Of His Math Quiz. She Immediately Calls The School After Reading The First Question 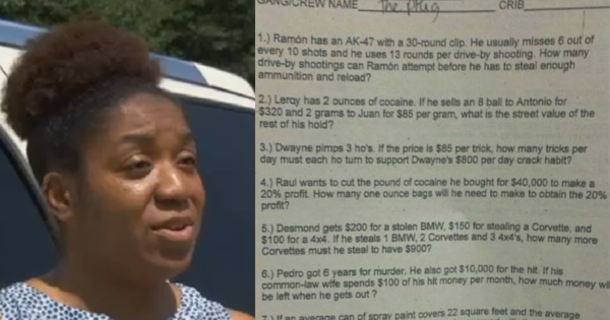 Eighth-Grader Texts Mom A Photo Of His Math Quiz. She Immediately Calls The School After Reading The First Question

An Alabama middle school teacher has been placed on administrative leave after a mother read the shocking math quiz her eighth-grader was given. Keep reading to learn more!

A middle school teacher in Alabama has been placed on administrative leave after a mother saw the kind of math quiz her son had been asked to take.

According to Fox 10, several eighth-grade students at Burns Middle School were forced to take a math quiz that involved questions about drugs, guns, and prostitution.

Erica Hall, the mother of an eighth-grader at the school, was horrified when her son texted her a picture of the jaw-dropping assignment. 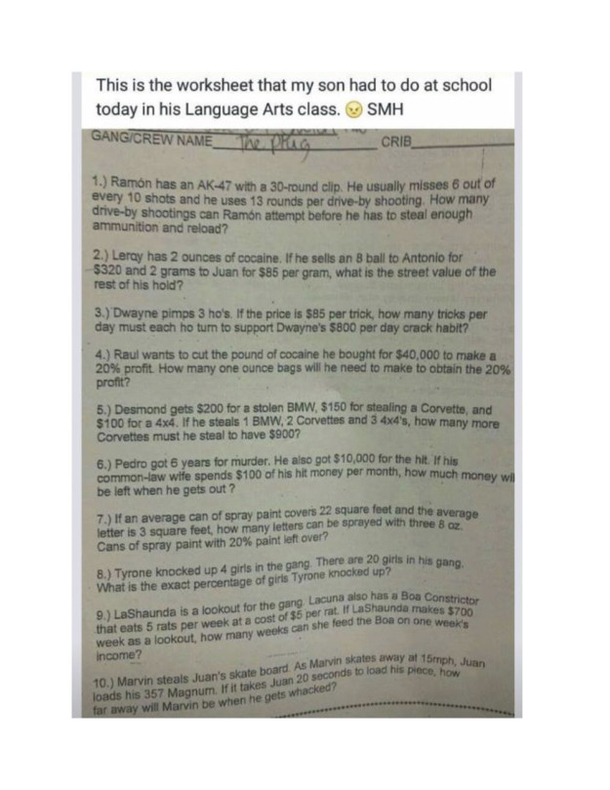 “Tyrone knocked up four girls in the gang. There are 20 girls in his gang. What is the exact percentage of girls he knocked up?” reads one question.

“Dwayne pimps three hos,” reads another question. “If the price is $85 per trick, how many tricks per day must each ho turn to support Dwayne’s $800 per day crack habit?”

One of the questions even asked students to think about drug sales.
“Raul wants to cut the pound of cocaine he bought for $40,000 to make a 20% profit,” it reads. “How many one ounce bags will he need to make to obtain the 20% profit?”

Although most of the students initially thought the worksheet was a joke, their teacher insisted that it wasn’t, Hall told Fox 10.
After Hall met with school officials, the unnamed teacher, who is said to be nearing retirement, was placed on immediate administrative leave pending the investigation.