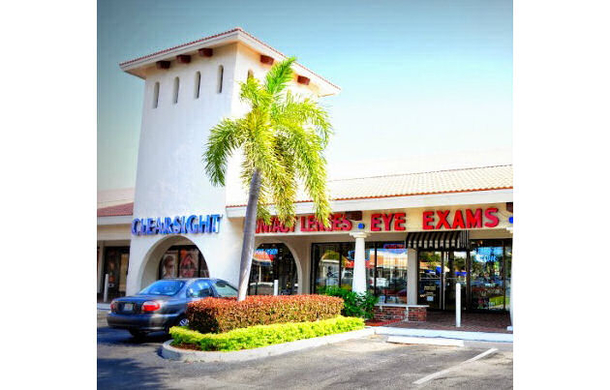 When a Florida man found himself in the middle of a life and death situation, he hurriedly dialed 911 on behalf of a person down on the floor in front of him. Instead of getting the help he expected to arrive, he got something much different from the operator at the station, and it’s all because of one disgusting reason.

Jared Goodman was on the job at Clearsight Opticians in Fort Lauderdale, when a patient sitting in the exam chair went into violent convulsions.

The man was suffering a seizure and fell to the floor, when Goodman picked up the phone and frantically called 911. As other people in the office tried to help save the man’s life, the call for emergency responders just kept ringing. Operator Francis Francois was manning the phones, or supposed to be, but was too busy doing something else instead of her one important job.

Nobody ever picked up the call and Goodman couldn’t even get a call back from a dispatcher after his first attempt went unanswered. When seconds counted in this emergency, minutes rolled by, and now the caller from Clearsight knows why.

According to WPMI, not only was there just one person responsible for taking incoming emergency calls that day, but Francois refused to take the call because she was on the other line comparing pizza prices and placing multiple orders for herself and her co-workers. This 8-minute task took precedence over a man’s medical urgency. But even after Francois admitted to wrongdoing, the Broward County Sheriff’s office response made an unacceptable situation even worse. 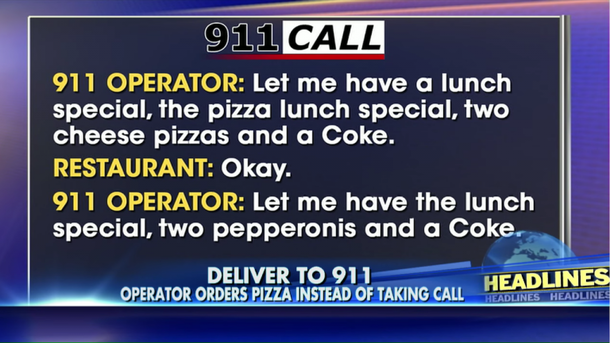 Despite the operator’s lazy efforts that could have easily led to the victim’s death, the patient managed to get the help he needed in time, thanks to a few heroic employees. He’s since recovered from the ordeal and so has Francois, who wasn’t punished and is back at work with a full belly. As the one person that stands between people in Broward County getting emergency help when they need it, anyone who is unlucky enough to call during her shift, better hope that they didn’t catch her at a time she’s hungry.

The Sheriff’s office simply addressed the concerning incident by sending her a letter of reprimand, Fox32 reported. Telling her not do that again and giving her another undeserved chance, does nothing for rebuilding trust in the community that she can be relied on to send responders the next time. It’s a miracle this man survived, but the next person may not be so fortunate.

If she’s incapable of putting her pizza order on hold to get a man some immediate help, then she’s in the wrong position, and other people will pay for it.