Home » Employee At Gas Station Sees Man With Terrified Woman, Tells Her To ‘Stand Behind Him’ 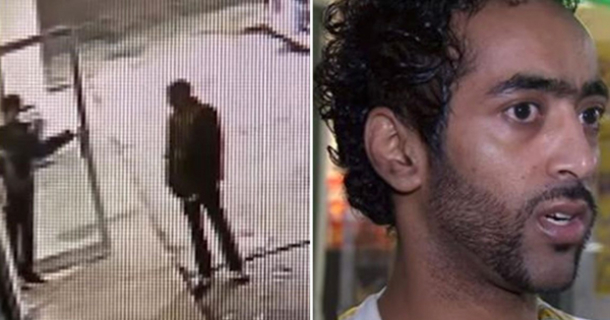 Employee At Gas Station Sees Man With Terrified Woman, Tells Her To ‘Stand Behind Him’

Many people consider themselves strong enough and courageous enough to thwart a bad situation if they had to.

The reality is that most people freeze up once they are placed in a situation such as this and wouldn’t be able to stop things from occurring.

In a story that is nothing short of heroic, a gas station employee displayed exceptional bravery when he prevented a Kidnapping.

He was unsure if his interference would cause his life to be in danger or even if he would make the situation worse. However, he couldn’t simply stand by and let this horrible situation happen right before his eyes.

Manveer Komer is a 25-year-old who works is an employee of a late nights gas station in at a local Philadelphia location. Every now and then he becomes a witness to many strange things, but when a man and a woman walked came into his store one night, he instantly knew something wasn’t right. 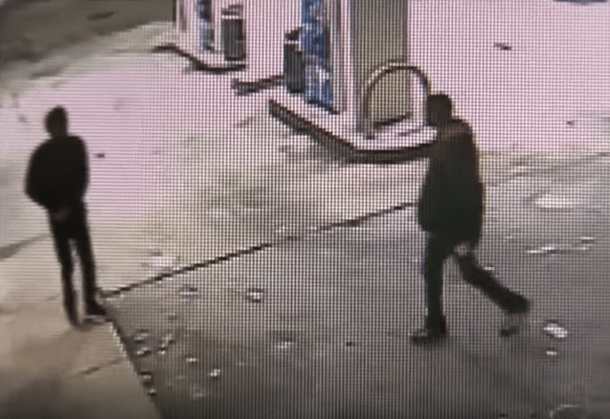 Komer noticed that the woman was shaking, and when the man used her credit card to buy cigarettes, he realized this woman was not with the man by her own choice.

When the man attempted to leave with the woman, Komer acted to protect the woman and let the man know that he was aware that something was wrong.

He told the woman: “You come [stand] behind my back. I’ll help you. No problem.”

By doing this, he let the woman know that he was going to help protect her. He had no idea what was going on or what the relationship was between them, but he could tell by how they both acted that he had done the right thing. He pretended to have a gun in his pocket and walked right up to the kidnapper.

Komer even told the man to give her back her car keys and her card, but the man refused.

For a few minutes, Komer thought the man may attack him, but instead, he fled in the woman’s car. The car just so happened to have her cell phone inside, so the police were able to track it and find the man a short time after Komer called them.

It turns out that the man had kidnapped the woman. She is a doctor, and he had carjacked her earlier in the day. He was taking her around to various ATMs and stores, trying to get her to take out as much money as possible.

The woman was terrified, and it’s hard to tell what the man had planned for her after she had taken out all her money or had reached her withdrawal limits.

The woman was clearly so terrified that she didn’t even want to tell anyone she needed help. It’s likely the man threatened her.

Komer’s quick thinking and bravery likely saved this woman’s life. The security tapes at the gas station caught much of the interaction on tape. They also show just how brave Komer really was. Even after the man had left, he helped the woman call the police and offered her a bottle of water. She was visibly shaken and struggling to even dial.

It’s hard to tell what would have happened if Komer hadn’t been there to help the woman or would have been too scared to step in when he sensed something wasn’t right.

It’s always a good idea to be aware of our surroundings and pay attention to people. If something doesn’t seem right, you don’t necessarily have to step in, but a phone call to the police could save a life.