Home » Farmer Working His Land Discovers a 3,000 Year Old Hidden Mysterious Secret Lurking In a Hole Beneath His Farm! 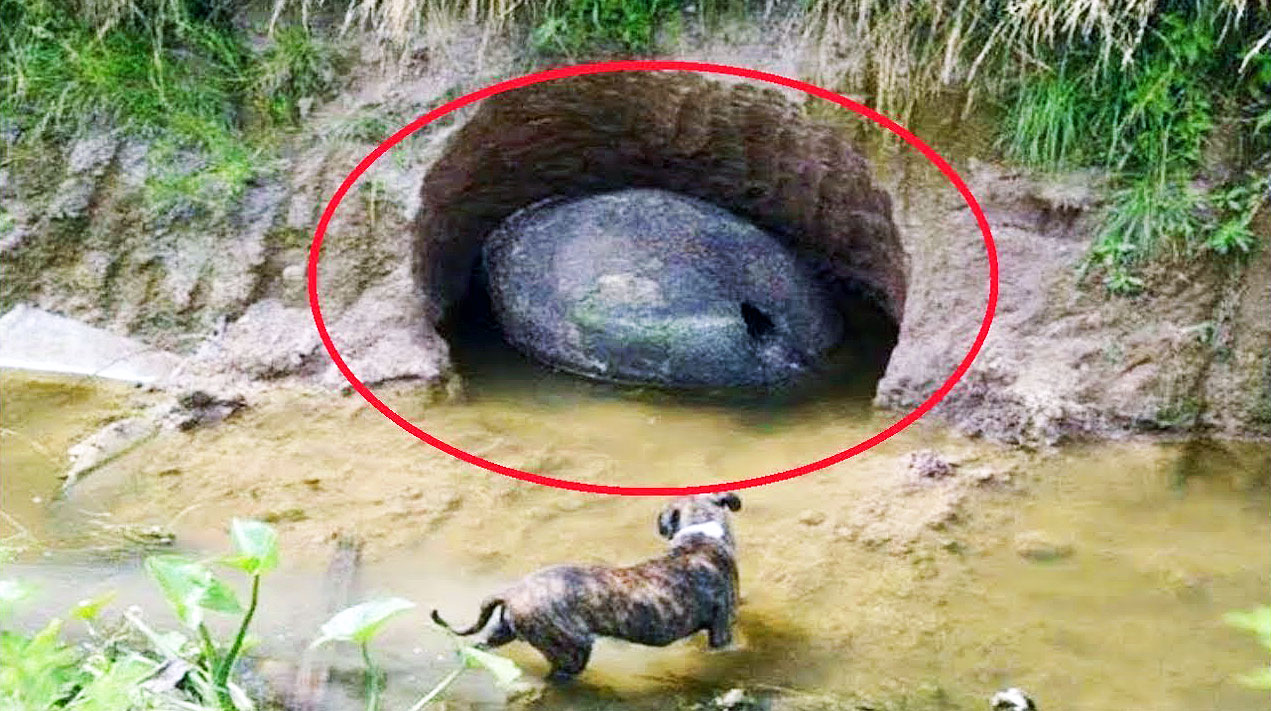 Farmer Working His Land Discovers a 3,000 Year Old Hidden Mysterious Secret Lurking In a Hole Beneath His Farm!

Many cool and unique things have been discovered by people working the land and improving their homes. In the 1980s loggers down in Georgia found a mummified dog 28 feet up in a hollow tree, while a man in Italy discovered a Franciscan chapel and artworks from the Knights Templar while fixing a leaky bathroom toilet pipe! It just goes to show that every day, mundane, seemingly ordinary tasks can turn into amazing and historically significant finds in the blink of an eye.

When a Greek olive farmer in Rousses, a tiny village in south Crete, went to park his vehicle on a hot sunny afternoon, he was looking for a nice shady spot. He pulled up to one of his olive trees and parked beneath it when the ground suddenly began to sink. Realizing what was happening, he quickly moved from the area and after driving off he noticed that a four foot wide hole had opened up right where he’d left.

Thinking that maybe a sinkhole had opened, he went back to investigate the sudden void in the earth. When he peered over the edge into the hole, he realized that he had quite possibly stumbled upon something extraordinary.

Approximately eight feet down in the hole he could make out some old pieces of pottery and that was enough for him to call in the experts. Archeologists from the ministry of antiquity arrived and set to work examining the carved out limestone cavern the farmer found. They determined that it was a tomb consisting of three compartments that had been carved out some 3400 years ago. A vertical shaft provided the only access and being buried so deep in the ground, the tomb had remained undisturbed and un-looted since it was originally sealed off by stone.

Inside the tomb was pair of coffins, each with an adult male skeleton inside. There were also fourteen ritual amphorae, a drinking cup, and an amphora krater, a two handled pot with a narrow neck and wide body. All the pottery was of high quality, which meant that the two men were likely wealthy. Based on these ceramics, the tomb was dated to the Late Minoan IIIA-B period, which was from about 1400-1200 BC. The Minoans were a Bronze Age civilization who came before the ancient Greeks. They lived on the island of Crete and had an immense, lasting impact on Greek life in the areas of art, architecture, the military, mythology, and much more.

Finding the two men buried in the sealed underground tomb under the olive tree settled a long standing debate on whether or not Minoans had settled in that particular area of Crete, which had previously been doubted. Now there was clear and convincing evidence that showed they had indeed.