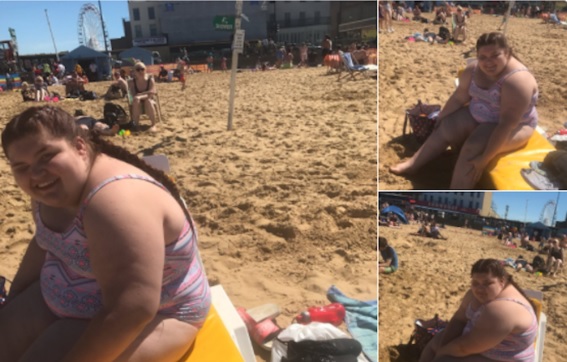 Fat-Shamed Teen Shuts Down Bullies In The Best Way Ever

When it comes to many of us, a day at the beach would be amazing. But for 13-year-old Paris Harvey, the beach was a place she avoided at all costs.

Paris Harvey suffers from a type of metabolic disorder that makes her to gain weight rapidly and makes it nearly impossible for her to shed it. In addition to that disorder, Paris was diagnosed with hip dysplasia which left her with a limp.

For years, Paris’ physical conditions made her feel embarrassed of her body and she didn’t dare to put on a bathing suit and wear it out in public. But that all changed this year….

The brave young lady decided to put her fears aside and actually enjoy her local beach. She donned an adorable pink bathing suit and carefully ventured out into the sand! 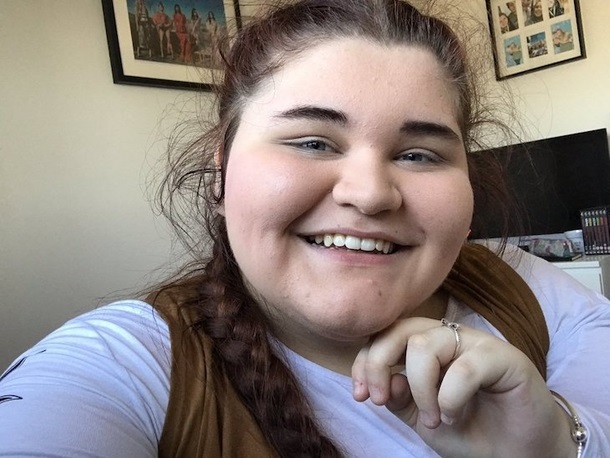 Paris told the Daily Mail UK that, while she was horribly uncomfortable at first, she soon realized no one cared about her size!
“I was worried someone would come up to me and stop me or stare at me but there was no response, people were just acting as they did before. I stayed like it for a few hours and I started to feel comfortable in my own skin.
I was proud afterwards. It was quite an achievement.”

As soon as Paris got home, she grabbed her phone and posted about her big day at the beach! Within minutes, her post went viral and people from all over the world started commenting. 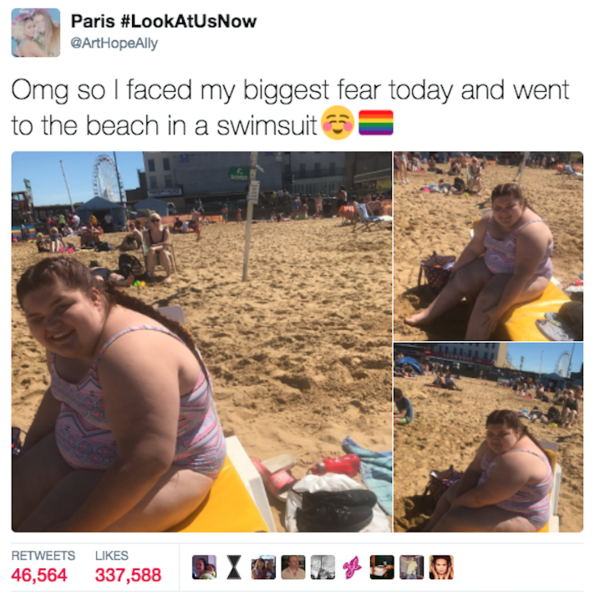 Some Twitter users saw Paris’ post and commented horrible things like images of whales and mean comments – but thousands of others were so proud that she tried something new and ventured out of her comfort zone!

She told Daily Mail UK that even though she knows negative people are out there, she learned to only pay attention to the love!
“‘There were some bad comments and I read them at first, but then I thought, ‘Why am I wasting my time on those?’

I chose to focus on the support because hate is nothing compared to love. I feel like we should embrace who we are. You shouldn’t have to change yourself to make others feel comfortable around you. Focus on yourself.

I’m not making myself a model but I wanted to show people that it doesn’t matter what size you are – you are born into that body.”
Besides the few people that chose to use Paris’ accomplishment as a reason to bully, most were thrilled to see her comfortable in her own skin!

Hopefully Paris will take the overwhelming amount of love and support thrown her way as a reason to feel beautiful every single day!
She’s a gorgeous young woman, inside and out! 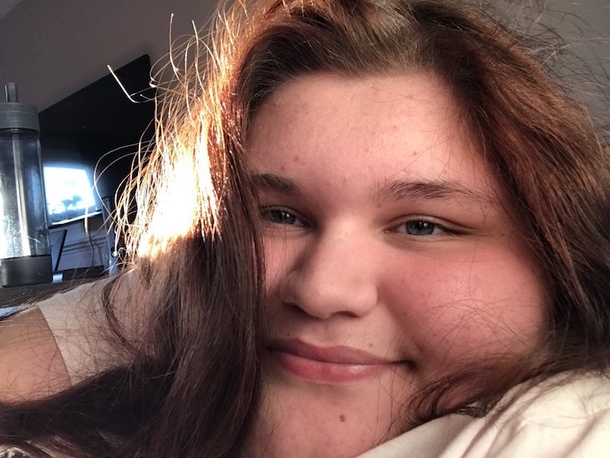