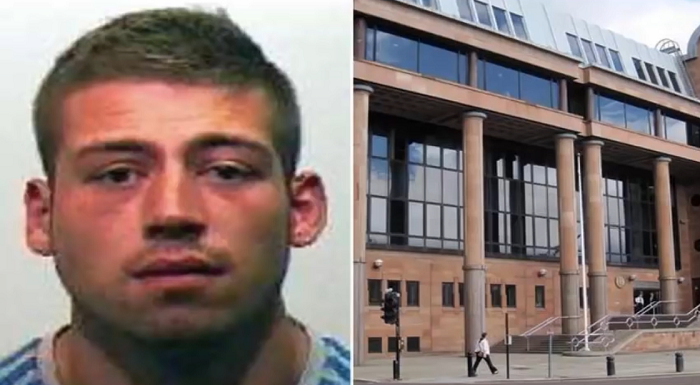 An angry father broke almost every bone in a man’s face after he came home to find his 11-month-old daughter’s babysitters were drunk.

According to reports, 23-year-old Lee Brown and his girlfriend Natasha Snow, came home on Sep. 12 after a night out and discovered a party going on in the house, where their young daughter was being looked after. Furious, the father dragged one of the men in the home, Darren McKay, out of the house and began beating him.

When the attack was over, McKay was rushed to a nearby hospital where he was treated for a broken forehead, jaw, nose and eye socket. He also had bruising and swelling to his face.

“He had gross swelling and bruising to his face, especially around the eyes. He had a full thickness laceration to his eye brow and bruising to the elbow,” prosecutor Neil Pallister said in court. “There was a fracture to the forehead, the eye socket, the upper jaw and a possible nasal bone fracture.”

Brown was arrested following the assault and pleaded guilty to a charge of grievous bodily harm. He was sentenced to 17 months in prison.
“You went to the house where your daughter was being looked after and, because you were unhappy with how she was being looked after, you assaulted Darren McKay,” Judge Penny Moreland said.

“What you did has had a substantial impact on the way he lived his life.”
Brown also reportedly pleaded guilty to one count of common assault for punching another partygoer.