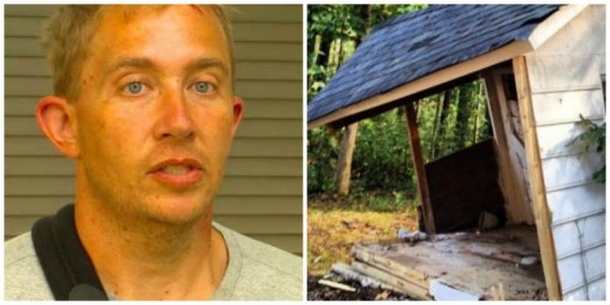 Father Is Trapped By Shed. Laying Unconscious, 4 Little Heroes Come To The Rescue

Matt Gannaway and his children were told that they have to tear down an old shed in his mother’s backyard. And instead of making it a chore, they decided to make it a family project. But they. had no idea that the family project, would lead to potential devastation.

A father and his children were told that a shed in his mother’s yard would have to come down. Matt Gannaway decided this would be a good time for his family to spend time together so it became a family project. This family had no idea would happen next.

They all helped to take down the shed and they were just waiting for it to come down completely. Matt, thinking of his children’s safety, told them to taste a few steps back and gave his oldest son, Ethan his cell number. He told the 13 year old that if anything bad happens to call 911 immediately.

Right after that, the shed collapsed but bounced onto Matt, pinning him down and knocking him out.The kids stood there in shock, and then went to action. Ethan immediately called 911, while the other children, Peyton (11), Addison (9) and Kaidan (5) ran to help their father.

“I think the adrenaline kicked in because the roof is several hundred pounds. I love them dearly, but they’re the best helpers I could ever ask for. They’re great children. They were all there to help. Even the 5-year-old was helping,” said Gannaway.

Two of the kids were able to lift the heavy wooden structure, while the other siblings pulled their father away from the wreckage. 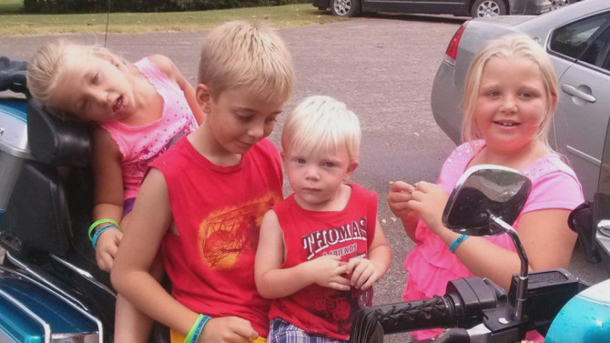 When he came finally became conscious again, all he can remember is being in terrible pain, and seeing and hearing the paramedics and firefighters arriving.

It was determined later on that he had a broken shoulder, scratches and bloody gash to his head. But that’s nothing compared to what could have happened if it weren’t for his kids.

“It means the world to me that they would jump in and do whatever they could to save me,” said Gannaway. And now, Gannaway is expected to make a full and complete recovery, and we couldn’t be happier!

If you are thankful that these children were able to rescue their father from the fallen shed, comment and share!