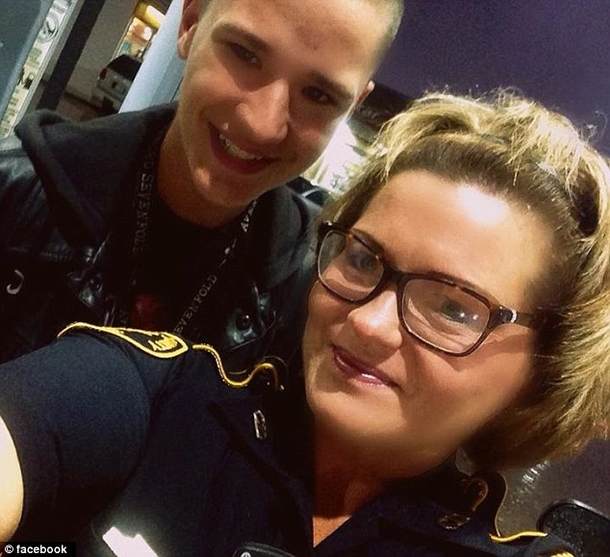 A police officer from Harris County, Texas, went to Facebook show appreciation to a kid for offering to provide backup for her while she pumped gas.

Officer Tommi Jones Kelley explained in a Facebook post that she was pumping gas in her patrol car when Mckinley Zoellner, a teenager she’d never met, approached her.

“When this teenager I’ve never met before is standing right behind me & says, ‘ma’am, do u mind if I stand here behind you while u get ur gas?’” she wrote in the post. “My initial response was ‘and why?’…His reply, ‘to make sure You stay safe!’ Finished pumping my gas & he was still standing there, in the rain.”

Kelley said that once she was finished, Zoellner got into the passenger’s seat of a car. She asked the woman in the driver’s seat if she was his mother, and the woman said she was.

“I told her she has an amazing son & she said he wanted to make sure no one hurt me,” Kelley wrote, Daily Mail reported.

“Yes, I’m the one with the gun on my hip while he stood there empty handed, but he for sure had my ‘6’ while my back was turned. With all the terror going on nationwide, this reassured me there are still some pretty awesome individuals out there!”
Many readers praised Zoellner for his thoughtful gesture toward the officer.

“I LOVE LOVE LOVE this story,” one Mad World News reader commented on the site’s Facebook page. “To the parents of this young man, Thank you for raising an amazing young man. To the young man, Thank you for being AWESOME. I hope this story sets an example for our youth. I fully support law enforcement, as two of my nephews are police officers. May God bless you ALL and keep you safe.”

“This young man and his mother can be very proud and i think what he did proves that his parents have brought up their children with deep honest respect for others.and this young man kept watch was just so sad that in todays messed up world that truely good people are still willing to stand up for whats right and you just cant buy that type of conduct its learned thank you both,” another wrote.

“See people all teens aren’t bad, actually there are probably a lot of good kids out there doing good things, but being the people we are we only notice or report the bad things, kudos to the good ones and the parents who are doing their best to raise good kids,” another added.