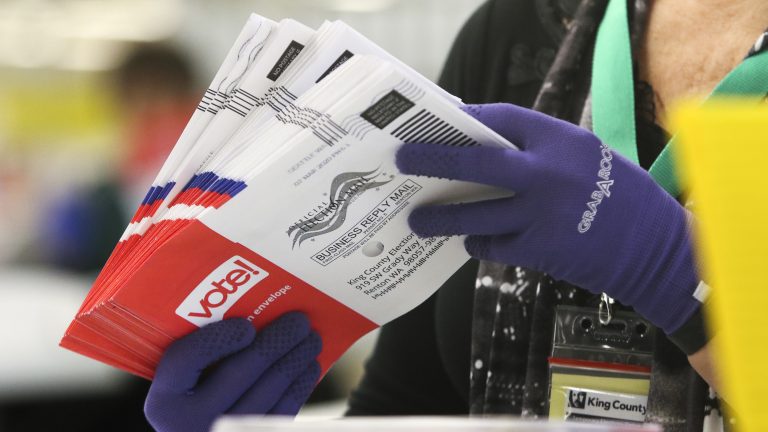 But wait… I thought there was no such thing as election fraud?!

A former Democrat representative has been sentenced to 30 months in prison.

Because he tampered in federal elections by stuffing ballot boxes with illegitimate votes.

Unfortunately, this isn’t the first time a Democrat official has been caught and convicted of attempting to rig an election.

And it likely won’t be the last.

So where’s the mainstream media coverage?

Why isn’t the J6 committee investigating this former representative?

If they want to know the truth, then shouldn’t they be also ensuring that election results are actually accurate?

If voter fraud isn’t real, then why is Michael Myers being sentenced to prison?

If a Republican politician had been convicted of stuffing ballot boxes for President Trump in 2016, don’t you think it would have been all over the media?

Why isn’t the media covering this?

In June, Myers, 79, pleaded guilty to illegally stuffing ballot boxes in Philadelphia by digitally “ringing up” votes from 2014 through 2018, which Katie covered. Myers also bribed a former Philadelphia Judge of Elections, who was indicted in 2020 for rigging several elections.

The DOJ announced in a press release that Myers admitted in court to bribing the judge to help candidates in the Democratic Party win primary elections.

In June 2022, the defendant admitted in court to bribing the Judge of Elections for the 39th Ward, 36th Division in South Philadelphia in a fraudulent scheme over several years. Myers admitted to bribing the election official to illegally add votes for certain candidates of their mutual political party in primary elections. Some of these candidates were individuals running for judicial office whose campaigns had hired Myers, and others were candidates for various federal, state, and local elective offices that Myers favored for a variety of reasons. Myers would solicit payments from his clients in the form of cash or checks as “consulting fees,” and then use portions of these funds to pay election officials to tamper with election results.

Myers also admitted to conspiring to commit election fraud with another former Judge of Elections for the 39th Ward, 2nd Division in South Philadelphia. Myers’ accomplice was the de facto Judge of Elections and effectively ran the polling places in her division by installing close associates to serve as members of the Board of Elections. Myers admitted that he gave his accomplice directions to add votes to candidates supported by him, including candidates for judicial office whose campaigns actually hired Myers, and other candidates for various federal, state, and local elective offices preferred by Myers for a variety of reasons.

The sad part is that the public will likely never hear about this.

The mainstream media won’t run this headline 24/7 for a week.

Instead, it will join the MANY other cases like this that are ignored by the left.

Meanwhile, they claim that *we* are the ones subverting elections?!

I wasn’t just one election.

Myers stuffed ballot boxes for over half a decade!

He was just recently caught.

Here are some questions I have:

Was he acting alone?

Where did he get the fake ballots?

Why did no one catch the fake votes?

The Daily Caller does provide a few more details:

Michael “Ozzie” Myers, 79, had pleaded guilty to conspiring to illegally vote in a federal election and deprive civil rights, voting records falsification, bribery, obstruction of justice and orchestrating ballot-stuffing schemes in Pennsylvania’s 2014, 2015, 2016, 2017 and 2018 elections, the office said. He was a U.S. House member from 1976 to 1980 before being expelled for bribery and sent to prison for three years after the FBI exposed him.

The J6 committee claims that they are trying to protect democracy.

But they are focused on a man who hasn’t been in the White House for 2 years.

While they ignore the many PROVEN cases of voter fraud.