Home » Girl Gets Wasted On Plane After Getting Dumped, Tries To Punch Out Window Mid-Flight, Could Do Up To 10 Years In Prison 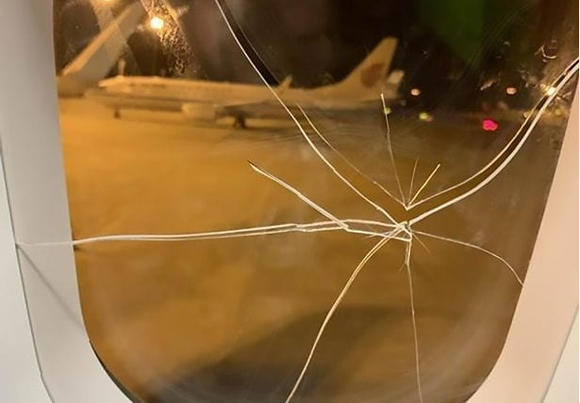 Girl Gets Wasted On Plane After Getting Dumped, Tries To Punch Out Window Mid-Flight, Could Do Up To 10 Years In Prison

Pilot on the intercom:

I’m a nervous flier when everything is going smoothly, hell Lieutenant Pete “Maverick” Mitchell couls be flying my plain and still want 3 double tequilas on the rocks before I even think about setting foot on the jet bridge.

Thank the Lord the worst flight experiences I’ve ever had only have come with some combination of minor turbulence, a crying baby, and a hangover from hell.

But people trying to punch out windows at 30,000 feet? I’m fixin’ to make an aggressively violent citizen’s arrest, or whatever it takes to get this crazy person under control.

According to the Daily Mail, a domestic flight in China was required to make an emergency landing when a 29-year-old passenger, who was recently dumped by her boyfriend, got smashed on nearly an entire 5th (500 ml) of booze and in a drunken rage, tried to punch out the plane windows at 30,000 feet.

Yeah, that’s gonna be a no from me dawg…

According to the cabin crew the traveler “lost control of her emotions” and begun punching the window, cracking the first layer.

I call that an act of terror, I call that attempted murder… Normal people punch a pillow, have some ice cream and cry along to some shitty rom coms, go to a bar and get some strange, all of which do not risk the lives of over 100 other people.

This lunatic tries to bring down an entire plane and you call it “lost control of her emotions”? Outta my face with that.

And you know who agrees? The government. She could be facing anywhere from three to ten years in prison for this stunt.

There’s a right way and very WRONG way to get drunk on a plane after you’ve been dumped.